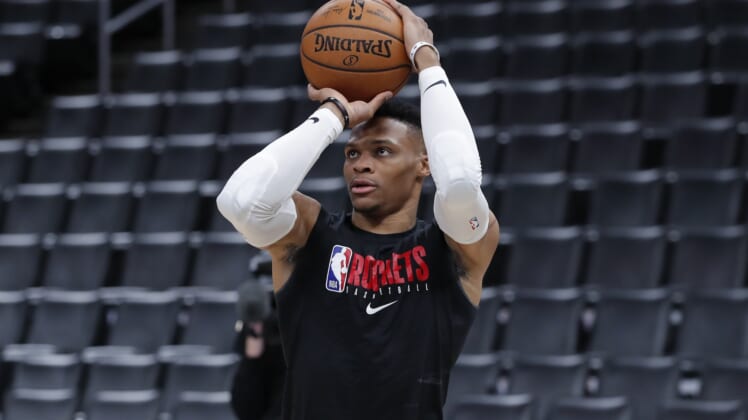 Russell Westbrook delighted fans in Oklahoma City for 11 seasons with his incredible play at Chesapeake Energy Arena. When he returned on Thursday night for his first game against the Thunder, the team and fans honored him perfectly.

Westbrook, who wore Thunder-themed Jordans before the game, stood on the court and watched on the big screen as an incredible two-minute video that honored all of his contributions to the organization and city.

After watching the touching tribute that honored his years of hard work, passion and energy, he was announced to the fans for the first time as an opponent and they greeted him with a heartfelt reception.

Westbrook tried his best to maintain his composure, but it’s certainly difficult to keep it together when more than 18,000 people are standing on their feet and showing you love for everything you did.

The All-Star point guard is known for playing with his heart on his sleeve. It’s one of the things that basketball fans in Oklahoma City loved about him. Now he’ll be dealing with some powerful emotions on Thursday night in a place that will always hold a place in his heart.