Russell Henley takes 2-stroke lead into final round at Hawaii 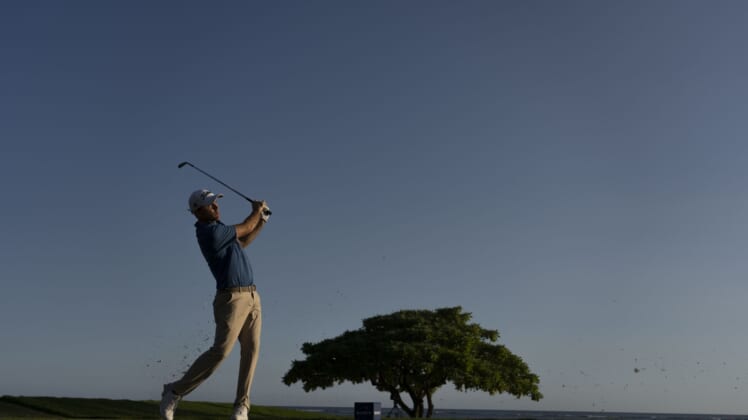 Russell Henley shot a 3-under 67 Saturday to take a two-stroke lead into the final round of the Sony Open in Hawaii.

Henley maintained his place atop the leaderboard despite two bogeys in the third round at Waialae Country Club in Honolulu. Henley sits at 18 under, two strokes ahead of Japan’s Hideki Matsuyama, who shot 63 to card the low score of the round.

Four players are four shots back at 14 under.

Henley, who posted two eagles on Friday, had to battle his way through Saturday’s round.

“I figured it wouldn’t be quite as easy as the first two days. It’s just not how golf works typically,” Henley said. “I wasn’t planning on making bogeys, but definitely wasn’t expecting to shoot 8-under again. But at the same time, I felt really good about my game all day. I never really got too nervous or too ahead of myself.”

Henley won his PGA Tour debut in 2013 at the Sony Open, setting a then-tournament record by finishing at 24-under 256.

Matsuyama posted a clean round, using seven birdies to put himself into position for Sunday’s final round.

“Probably putting was strong point today,” Matsuyama said. “Even my missed putts found the hole. I was lucky today.”

Defending champion and first-rounder leader Kevin Na shot a 3-under 67 to sit tied for 11th at 11-under 199 through three rounds.