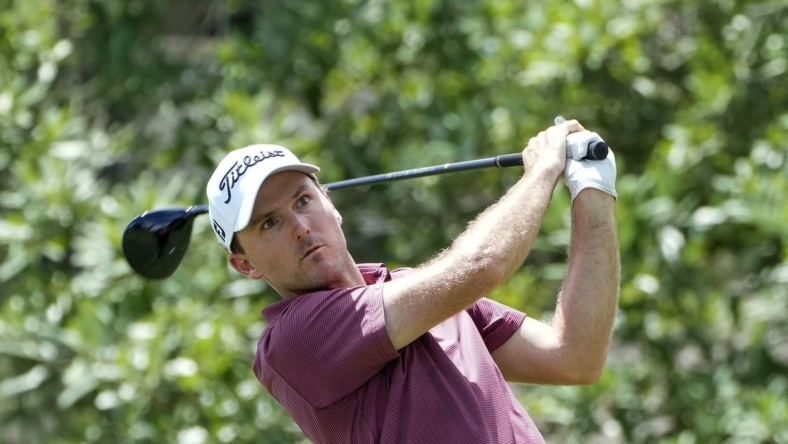 Russell Henley shot a 1-under 70 to polish off his fourth career PGA Tour victory Sunday at the World Wide Technology Championship at Mayakoba in Playa del Carmen, Mexico.

Henley slept on a six-stroke lead and won the event at 23-under 261, four shots ahead of second-place Brian Harman. Henley’s 261 tied Norwegian Viktor Hovland for the tournament scoring record, which Hovland set last year.

Henley made his first bogey of the tournament at the par-5 fifth hole Sunday at El Camaleon Golf Club. He quickly responded with three straight birdies at Nos. 6-8 before playing the back nine in 1 over par.

Harman shot a bogey-free, 5-under 67 to get to 19 under but never truly threatened Henley.

“You always have doubts, ‘Am I going to win again?'” Henley said. “I’ve had a lot of tournaments where I haven’t gotten it done, so this one’s really special. To be leading by six, which is my largest 54-hole lead, I’m sure, and to just play solid today and get it done gives me a lot of confidence. I’m really excited, really thankful.”

Before Sunday, Henley was just 1-for-6 in converting a 54-hole lead or co-lead into a victory.

“So to come out and kind of do everything pretty well today tee to green and keep it pretty clean and just play steady was what was nice. I think — I don’t think I would have done it unless I had kind of failed so many times.”

Scottie Scheffler fired a 9-under 62 Sunday to shoot into a tie for third at 18 under. Scheffler will remain at No. 2 in the Official World Golf Ranking; he needed to win or place solo in second to wrest back the No. 1 ranking from Northern Ireland’s Rory McIlroy, who was idle.

Scheffler had a bogey-free card with an eagle 2 at the par-4 third accompanied by seven birdies.

“We had I think 108 (yards to the) pin,” the Masters champion said of his hole-out eagle. “There was nobody at the green, and I hit a good shot, and it looked like it landed close, but we couldn’t really see, couldn’t really hear anything, nobody was clapping or nothing. So when I got up there, I was like, ‘Oh, man, it must have spun off the green.’ Then I checked the cup and it was in.”

Scheffler and McIlroy are set up for a tight back-and-forth for the No. 1 ranking when the calendar turns to 2023.

“Rankings are great,” Scheffler said. “It was definitely fun being No. 1 in the world; it’s definitely something I hope to get back to, but it’s not something that’s going to occupy a lot of my thoughts.”