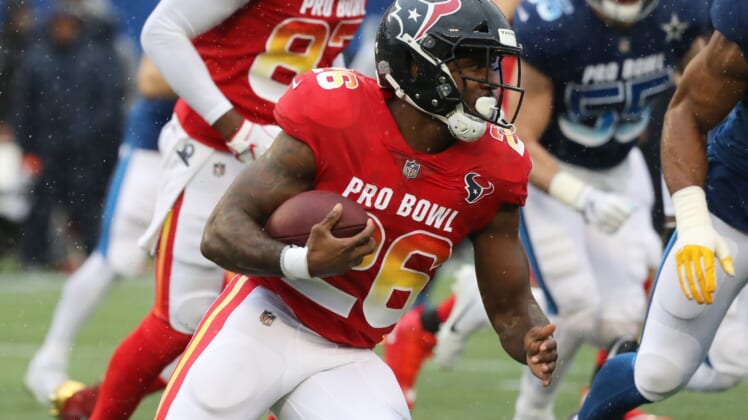 Running back Lamar Miller agreed to a one-year contract with the Washington Football Team, multiple media outlets reported on Wednesday.

Miller, 29, spent time in 2020 with the New England Patriots, Chicago Bears and Washington. He had made just one appearance in a game, however, recording two receptions for six yards while logging five snaps in the Bears’ 19-13 loss to the Minnesota Vikings on Nov. 16.

Miller missed the entire 2019 season after sustaining a torn left ACL during a preseason game. He spent last summer trying to return with the Patriots but was cut shortly before Week 1.

Miller posted 1,000-yard seasons with the Miami Dolphins in 2014 and the Houston Texans in 2016. He made the Pro Bowl in 2018 after rushing for 973 yards and five touchdowns and catching 25 passes for 163 yards and one score in 14 games with Houston.