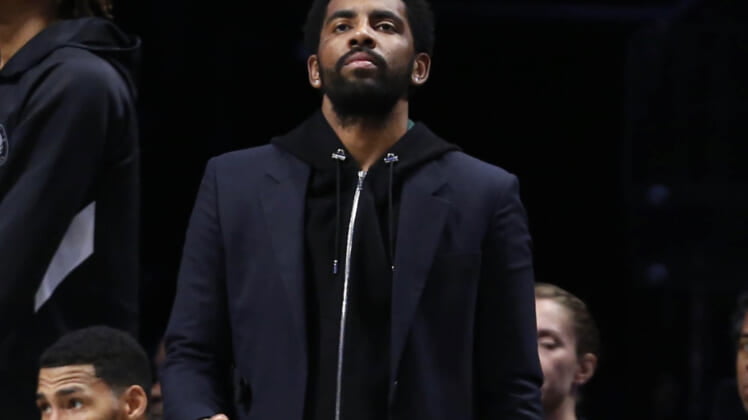 It seems like this is going to be a career-long thing for star Brooklyn Nets guard Kyrie Irving.

Having just recently signed a max contract with Brooklyn this past summer, there already seems to be trouble in paradise.

ESPN’s Stephen A. Smith doubled down on that belief during Thursday’s taping of “First Take.”

”I am not hearing good things about Kyrie in Brooklyn. I’m talking about you’re hearing (things). You’re just hearing about the mood. People are putting stuff out there,” Smith said. “I don’t think it’s fair, I don’t know accurate it is. But I am telling, if Kyrie’s listening, I’m telling you there is stuff circulating out there about him from an attitude perspective.”

The source might not be great in regards to this report. However, it does follow up other reports that Irving’s on again, off again attitude has been an issue with the Nets.

The NBA champion also has a reputation that followed him to Brooklyn. That included a drama-filled end to Irving’s career with LeBron James and the Cleveland Cavaliers.

Most recently, Irving is not seen in the best of lights in Boston after bolting the Celtics following a brief stint in Beantown.

None of this is terribly surprising. Irving is a different type of dude. It’s been that way dating back to his Duke days.

However, the concern here is how he might get a long with another divisive personality in that of Kevin Durant once the two-time NBA Finals MVP returns from injury next season. Remember, the two signed in Brooklyn as a packaged deal.

As it is, this is all speculation.

On the court, Brooklyn boasts a disappointing 6-8 record through the first month of the season. The further things decline in that regard, the more we’re going to hear rumors of drama surrounding Irving and his new team.