Rumors out of Cincinnati suggest Bengals will hire Zac Taylor 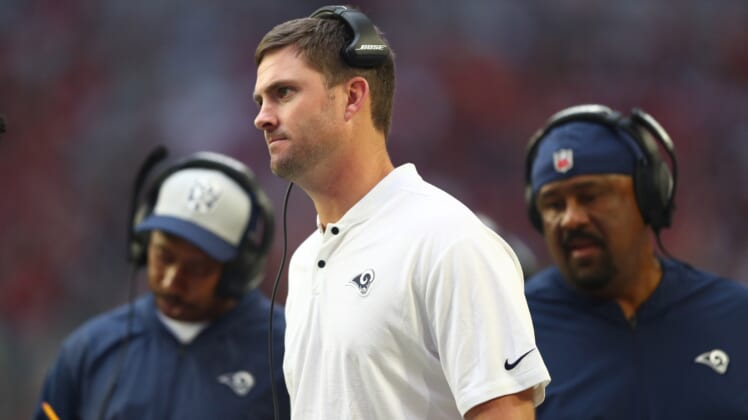 If rumors are to be believed, there is a very good chance that Los Angeles Rams quarterbacks coach Zac Taylor will be the next head coach of the Cincinnati Bengals.

ESPN’s Adam Schefter reported on Thursday that Taylor is the “preferred choice,” calling the job his to lose.

Bengals would like to hire Rams’ QB coach Zac Taylor after Los Angeles’ season ends, league sources tell @mortreport and me. It looks like it is Taylor’s job to lose. He is the preferred choice.

Elise Jesse, a reporter from WLWT in Cincinnati, took it a step further. She reported that Bengals have made a decision and that Taylor will be named head coach as soon as the season ends for the Rams. Per Jesse, executive vice president Katie Blackburn and vice president Troy Blackburn made the decision.

I was just told by one source about a half hour ago that the #Bengals are planning to name Zac Taylor as their Head Coach (after playoffs of course). I'm told by the same source that Troy and Katie made the call. Stay tuned.

This would represent a departure for the Bengals. Their previous two head coaches (Dick LeBeau and Marvin Lewis) both had defensive backgrounds.

In addition to having an offensive background, Taylor is also only 35. So, if the rumblings are true, Cincinnati would obviously be hoping that Taylor turned in to the next version of his current boss, Sean McVay.