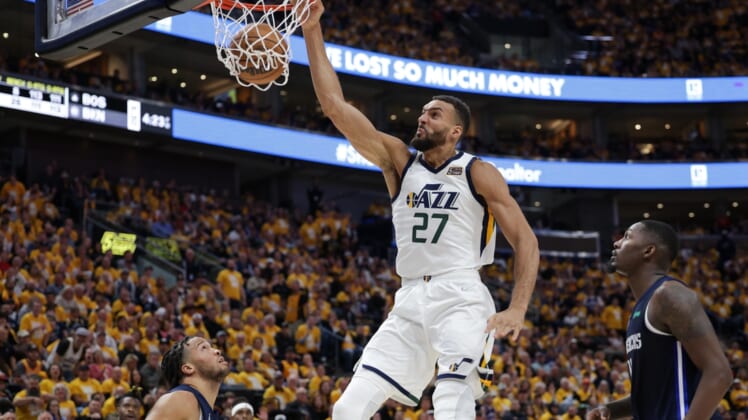 Gobert made a go-ahead dunk on a lob from teammate Donovan Mitchell as the Jazz won 100-99. In an interview on NBA TV, Gobert was asked what his team’s potential was.

“(Expletive) the talk,” Gobert replied. “We’re just trying to be the best team we can be. We’re trying to enjoy the moment, and whatever happens happens.”

The Jazz — who bowed out in the second round of last year’s playoffs despite owning the league’s best record — have faced criticism, particularly regarding the relationship between Gobert and Mitchell. Utah is now tied with the Mavericks 2-2 in their first-round series. Game 5 is set for Monday in Dallas.