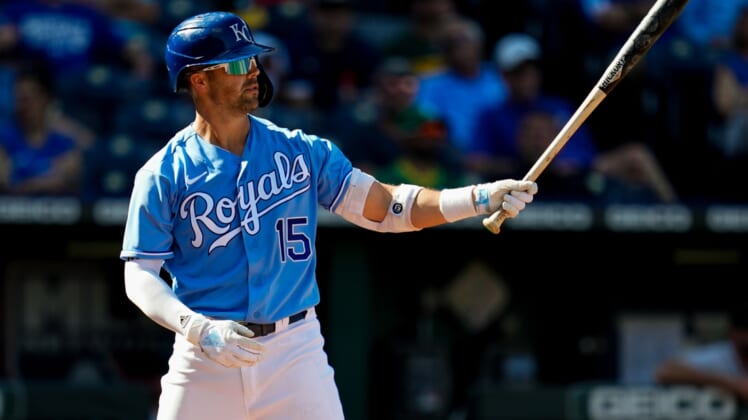 The Royals announced Wednesday they agreed to a restructured contract with their two-time All-Star, with the team picking up Merrifield’s club option for 2023 and adding a mutual option for the 2024 season.

While financial terms were not disclosed by the organization, multiple outlets reported that Merrifield would pocket $7 million this season and up to $6.75 million in 2023, with $4 million of that figure in health-based escalators. The mutual option for 2024 would be for $18 million, with a $500,000 buyout available.

Merrifield, 33, had extended his previous deal before the 2019 season, with that four-year, $16.25 million extension covering all three of his arbitration-eligible seasons before he could become a free agent.

Originally selected by the Royals in the ninth round in the 2010 draft, it took six years before the South Carolina native broke into the majors at age 27. Since his arrival, he has been one of the league’s most consistent and versatile players. Merrifield has hit between .277 and .304 in all of his big league seasons, topping .300 in 2018 and 2019.

Merrifield has played in a franchise-record 469 consecutive games — the longest active streak in the majors.

For his career, with games played at every position except shortstop, catcher and pitcher, Merrifield owns a .291 batting average with 68 homers, 345 RBIs, 192 doubles and 159 stolen bases in 768 games.