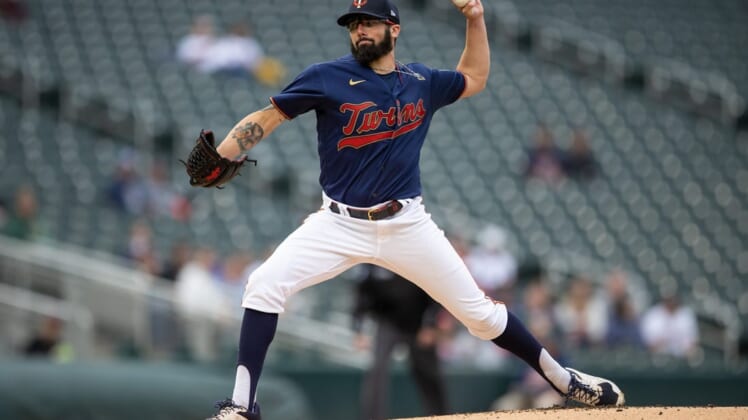 Bobby Witt Jr. hit a two-out RBI double to cap a three-run eighth-inning rally as the Kansas City Royals snapped a six-game losing streak with a 3-2 victory over the Minnesota Twins on Thursday.

Witt’s hit drove in Whit Merrifield, whose two-run double had tied the game. It was the 200th double of Merrifield’s career.

The Royals had just three baserunners through seven innings.

With no outs in the bottom of the eighth, the Twins loaded the bases against Joel Payamps, but Scott Barlow struck out two batters and got Max Kepler to ground out to first. The Twins then had runners on first and third in the ninth, but Barlow got Gio Urshela to ground out to end the game.

Josh Staumont (2-1) was the winning pitcher. Barlow picked up a two-inning save, his fifth save of the season.

Tyler Duffey (2-3) was the losing pitcher.

Devin Smeltzer allowed no runs on two hits in a career-high seven innings. He walked one and struck out six.

But the Royals’ rally in the eighth kept Smeltzer from winning his second game against the Royals in the last six days.

Byron Buxton finally snapped his long hitless streak, getting an infield hit in the ninth — his first hit in his last 31 at-bats.

The Twins got on the board in the second on an RBI single by Ryan Jeffers. Urshela led off the inning with a walk. Luis Arraez hit into a fielder’s choice and went to second on an infield single by Jose Miranda before scoring on Jeffers’ knock to left.

Gilberto Celestino singled in the fourth, driving in Miranda, who had doubled with one out.