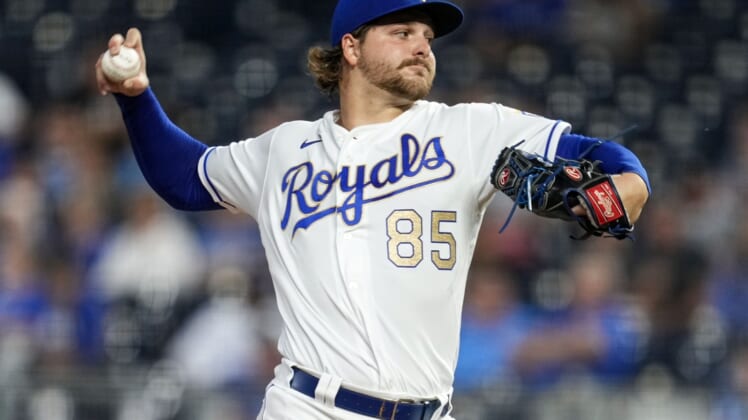 Every Royal in the starting lineup had a hit except for major league home run leader Salvador Perez. Whit Merrifield led the team with three hits.

Kansas City starter Jonathan Heasley (1-1) earned his first major league win in his third outing. He allowed four runs on six hits in 5 1/3 innings, with three of the runs coming in the sixth. He struck out one and walked one.

The Royals (74-86) scored multiple runs in five of the first six innings.

The Twins (71-89), the two-time reigning American League Central champion, assured themselves of a last-place finish with the loss.

Merrifield led off the first with a single, and Nicky Lopez followed with a bunt single. Perez was hit by a pitch, loading the bases. A wild pitch scored Merrifield before a walk to Andrew Benintendi reloaded the bases. Carlos Santana got an RBI on a fielder’s choice.

The Royals added two more runs in the third on four consecutive two-out hits. Benintendi, Santana and Dozier all singled, with Dozier knocking in a run, before Adalberto Mondesi ripped a double to the wall for the fourth run.

Josh Donaldson’s two-out RBI double in the fourth gave the Twins their first run off Heasley. Byron Buxton pulled a one-out double down the left field line and scored on Donaldson’s hit.

The Royals plated two more in the bottom of the fourth on a well-placed double by Benintendi, scoring Merrifield and Lopez. Benintendi dropped it just beyond the reach of shortstop Nick Gordon and between left fielder Brent Rooker and third baseman Luis Arraez.

Kansas City added two more in the fifth, but it could have been so much more. After Dozier led off with a 422-foot homer, Mondesi reached with a double and scored on Cam Gallagher’s single. Merrifield and Lopez walked, loading the bases for Perez, who struck out on three pitches. Benintendi grounded out to end the inning.

Ryan Jeffers led off the top of the sixth with a solo home run. The Twins got two more runs on a single by Miguel Sano. However, the Royals got all three back in the bottom of the inning on RBI singles by Michael A. Taylor, Gallagher and Merrifield.

The Twins got two runs in the seventh with help from a throwing error.