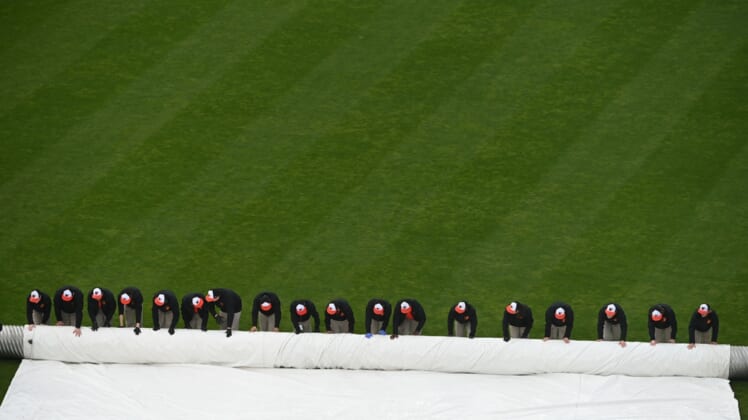 The Baltimore Orioles’ home game against the Kansas City Royals was the fifth Major League Baseball game washed out due to rain Friday.

The game was postponed until Sunday, when the Royals and O’s will play a traditional doubleheader beginning at 1:35 p.m. ET.

Fans who had tickets for Sunday’s originally scheduled game will be allowed to use them to stay for both games of the doubleheader.

Starting pitchers for Sunday’s games were not yet confirmed. Friday was set to be the opener of a three-game series and the first time the two clubs have met this season.