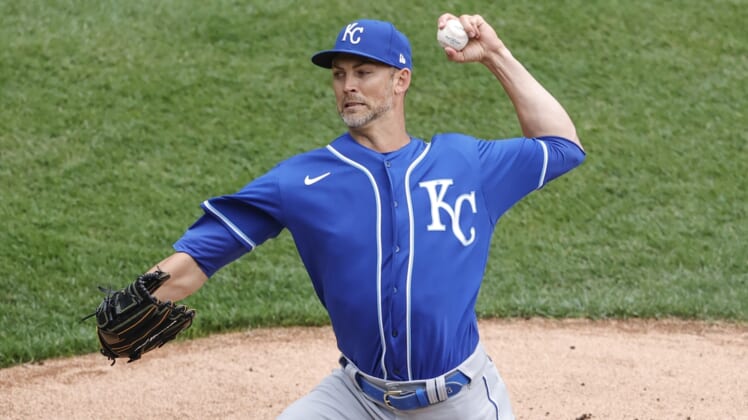 With significant rainfall in the forecast for Kansas City on Friday night, the Royals and Toronto Blue Jays will play a doubleheader Saturday.

The Royals made the call Friday afternoon.

“Due to heavy rains expected in the Kansas City area tonight, our game vs. the Blue Jays has been postponed,” the team said in a statement. “The teams will play two 7-inning games as part of a split doubleheader tomorrow, April 17. Game 1 will begin at 1:10 p.m., Game 2 is scheduled for 5:10 p.m.”

The Royals lead the American League Central and haven’t lost a series this season entering the three-game set with the Blue Jays. The finale is scheduled for Sunday afternoon.

Kansas City had planned to start left-hander Mike Minor (1-0, 4.50), who has a 4-0 lifetime record in seven games (five starts) against the Blue Jays.