Royal Never Give Up win sixth straight at MSI 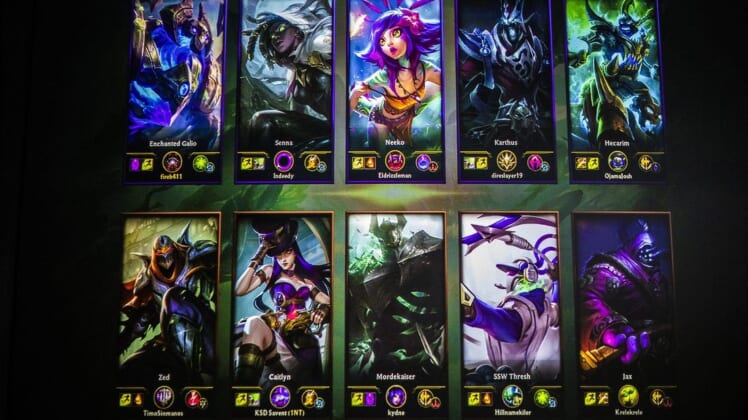 Royal Never Give Up won two more matches Monday to extend their winning streak to six in the Rumble Stage of the 2022 Mid-Season Invitational in Busan, South Korea.

RNG defeated Saigon Buffalo in 36 minutes on red and Evil Geniuses in 24 minutes on blue on Day 4 of the Rumble Stage to improve to 7-1. RNG have a two-match lead on T1, who split their two matches Monday.

T1 fell to Evil Geniuses in 32 minutes. EG were playing on red. T1 then topped G2 Esports in 22 minutes on red.

In other action, PSG Talon beat G2 in 33 minutes on blue and Saigon Buffalo bested PSG Talon in 29 minutes, also on blue. It was the first win in the Rumble Stage for Saigon Buffalo. G2 entered the day in second place but dropped into a tie for third at 4-4 with their two losses.

The Rumble Stage is a double round-robin and all matches are best-of-one with the top four teams advancing. The final Knockout Stage is a single-elimination bracket with all matches best-of-five.

Play in the $250,000 League of Legends tournament continues through Sunday. The semifinals begin Friday.