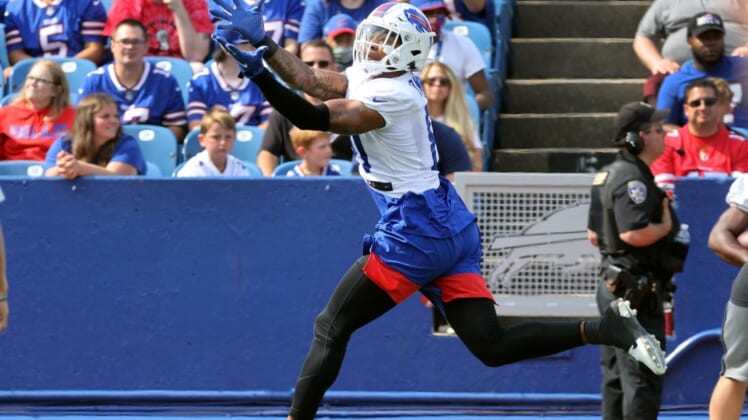 As the Saskatchewan Roughriders open the CFL season at home Saturday night against the Hamilton Tiger-Cats, both teams will be looking to build on their promising seasons of 2021.

Hamilton got hot in the playoffs following an 8-6 regular season, beating Montreal and Toronto in the East Division to reach the Grey Cup, where they fell to Winnipeg 33-25 in overtime.

The Roughriders went 9-5 last year to finish second in the West Division and falling 21-17 at Winnipeg in the division finals.

Saskatchewan slotback Duke Williams in particular will be looking to pick up where he left off. Williams caught 88 passes in 2018 for Edmonton before trying his hand with the NFL’s Buffalo Bills in the 2019 and 2020 seasons.

After being waived by the Bills following an injury in 2021, Williams signed with the Roughriders in midseason and promptly caught 26 passes for 448 yards and two touchdowns over the last six games. Then shortly before free agency started in February he signed a one-year deal to stay with the club, becoming the highest-paid non-quarterback in the league.

Williams, it might be noted, was regarded as the league’s No. 17 player in TSN’s annual top 50 players preseason list (No. 5 among receivers) earlier this month. But he says the group of wideouts is what makes the Roughriders so dangerous, with veteran quarterback Cody Fajardo pulling the trigger.

“In my eyes, we’re the best,” he said. “People can take it how they want to take it. If you’re not the best at what you do, then what are you doing it for? That’s how I look at everything. We can talk about it, but we’ve got to be about it at the same time.”

Ti-Cats coach Orlondo Steinhauer is looking forward to starting the season on the road.

“I always look forward to road trips, both as a player and a coach,” he said. “It gives you an opportunity to bond. We’re going into one of the most hostile environments to play a solid football team that’s well-coached.

“That’s what we want. We need to know where we’re at as a football team outside of preseason. The schedule is what the schedule is and we’re going to play who’s in front of us.”

Dane Evans will get the start at quarterback for Hamilton, which kept him under wraps in the preseason. He played just one quarter in the two exhibition games.