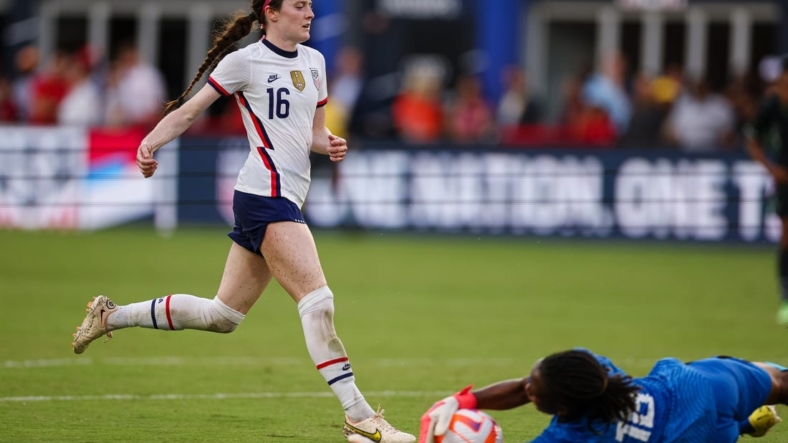 Rose Lavelle scored the go-ahead goal in the 66th minute and the U.S. women’s national team extended its winning streak to 13 despite allowing a goal for the first time in 10 games by defeating Nigeria 2-1 in Washington, D.C. on Wednesday.

Lavelle broke the tie with a header from the curling service by Megan Rapinoe, who entered the match a minute earlier.

The U.S. in unbeaten in 21 matches since losing to Canada in the semifinals of the Tokyo Olympics 13 months ago.

The USWNT has won all eight meetings against Nigeria, including 4-0 in Kansas City, Kan., on Saturday.

It took an own goal in the 24th minute for the U.S. to take the lead. Mallory Pugh sent a cross from the left corner to the middle of the box. Nigerian defender Oluwatosin Dimehin stuck out her leg to clear the pass but knocked the ball past stunned goalkeeper Chiamaka Nnadozie.

Nigeria then stunned the Americans in the 50th minute when Uchenna Kanu ended the U.S. shutout streak at 880 minutes.

After a diagonal pass by Glory Ogbonna on the left side of the penalty area, Kanu lifted a shot over goalkeeper Casey Murphy to the far netting.

The match was a prelude to a more significant event following the match, when the U.S. Soccer Federation and the USWNT Players Association were to gather on the field to sign a collective bargaining agreement that gives the women long-sought identical economic terms as the U.S. men’s national team.