Rory McIlroy: LIV field nothing ‘to jump up and down about’ 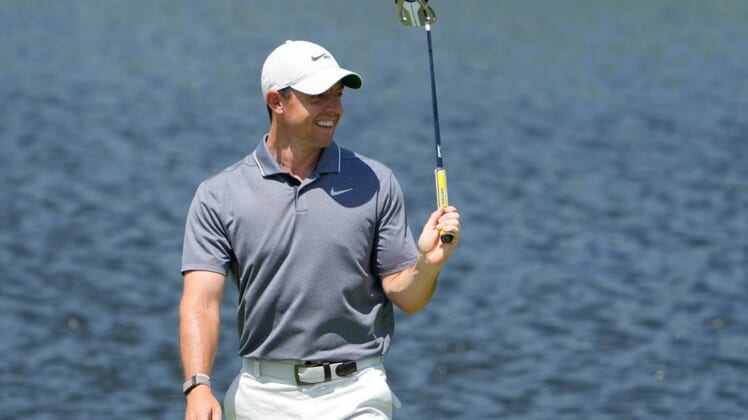 Rory McIlroy took a shot at the field for the first event of the LIV Golf Invitational Series, claiming it’s nothing “to jump up and down about” when compared to the PGA Tour.

McIlroy made this comment — and more — while addressing the media Wednesday at the Memorial Tournament in Dublin, Ohio.

The 33-year-old native of Northern Ireland admitted to being “indifferent” when asked about the PGA Tour members who will be competing at the Centurion Club next week for the LIV field. He also added that a couple of names on the list surprised him.

“Look, I have some very close friends that are playing in this event in London, and I certainly wouldn’t want to stand in their way to, for them to do what they feel is right for themselves. I certainly — it’s not something that I would do personally,” McIlroy said. “But I certainly understand why some of the guys have went, and it’s something that we are all just going to keep an eye on and see what happens over these next few weeks.

Dustin Johnson, 37, was the biggest previously unreported name in the field for the tour-opening event, which does not include six-time major champion Phil Mickelson. The circuit, seen as a potential rival to the PGA Tour, became controversial for accepting financing from Saudi backers.

Other notable names in the field include Englishmen Lee Westwood and Ian Poulter as well as Graeme McDowell of Northern Ireland. Those three men were McIlroy’s teammates on his former European Ryder Cup team.

McIlroy was asked if he thought about if any of the golfers who have chosen to play in the LIV event still wish to compete in the PGA Tour.

“Not really, I guess,” McIlroy said. “You know, you have some guys in a position where like they are literally not guaranteed a job next year. It’s hard to stay in the Top-125 out here, especially when you’re a guy in your 40s and maybe you don’t hit the ball as far as you used to.

“As we’ve seen, it’s a young man’s game nowadays. So someone that isn’t guaranteed their Tour card next year, another entity comes along and says, we’ll guarantee you this amount for three years, plus you’re playing for a ton more prize money, and you’re playing less events, you can spend more time with your family. I mean, whenever you sit down and look at some of those things, you know, it’s very appealing to some of those guys that are in that position.

“Again, I’m not in that position, and it’s not something that I would do. But you know, you at least have to try to put yourself in other people’s shoes and see where they are coming from.”