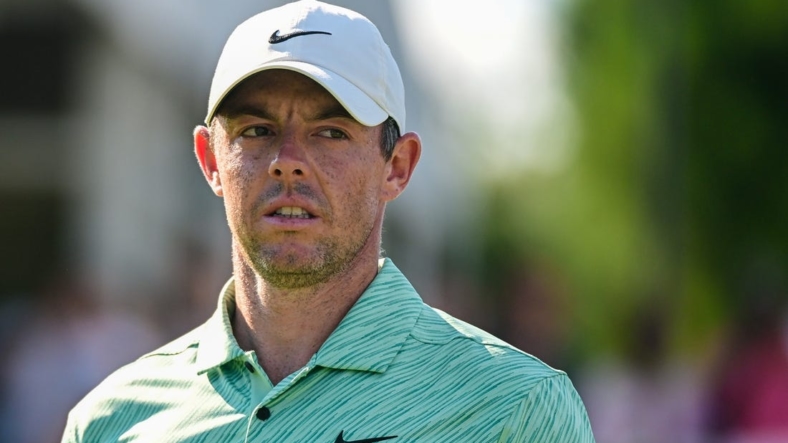 Nothing can forge a bond between professional golfers like playing on a Ryder Cup team together, and it seems that nothing can shatter that bond like the current dispute between LIV Golf and the PGA Tour.

“I wouldn’t say I’ve got much of a relationship with them at the minute,” McIlroy said, according to the BBC.

Among the players McIlroy teamed with in recent Ryder Cup competition, five are now LIV Golf participants. He figures to cross paths with four of them at this week’s BMW PGA Championship at Wentworth Club in England: Sergio Garcia, Ian Poulter, Lee Westwood and Bernd Wiesberger.

There are a total of 17 LIV Golf participants at this week’s BMW PGA Championship.

“They are here. They are playing the golf tournament. My opinion is they shouldn’t be here, but again that’s just my opinion,” McIlroy said of the event on the DP World Tour.

Unlike the PGA Tour, the DP World Tour (formerly the European Tour) is not prohibiting LIV Golf participants from competing in its events util a legal appeal is decided in February of next year.

Other top players competing in the DP World Tour’s flagship event this week who remained loyal to the PGA Tour are Matt Fitzpatrick, Viktor Hovland and Jon Rahm.

While LIV Golf plays 54-hole events, this week’s event is set for 72 holes, like all PGA Tour and DP World Tour events. The stage could be set for McIlroy, ranked No. 3 in the world, to face off against an LIV Golf rival over the final 18 holes Sunday.

“I’ll be trying to win a golf tournament regardless,” McIlroy said, unable to resist the opportunity to acknowledge one of the major competitive differences between the tours. “They are going to be pretty tired on Sunday. It will be the fourth day.”

Rahm, ranked No. 6 in the world, hopes that some good can come from of all the current animosity.

“To an extent, I can see it as a positive for change, or change that was maybe needed because things haven’t changed in a very long time in the world of golf and something needs to be done,” Rahm said. “As bad as things are right now, I think give it enough time, we might look at it as a positive for them. I’m hoping; I’m hoping good comes with it.”