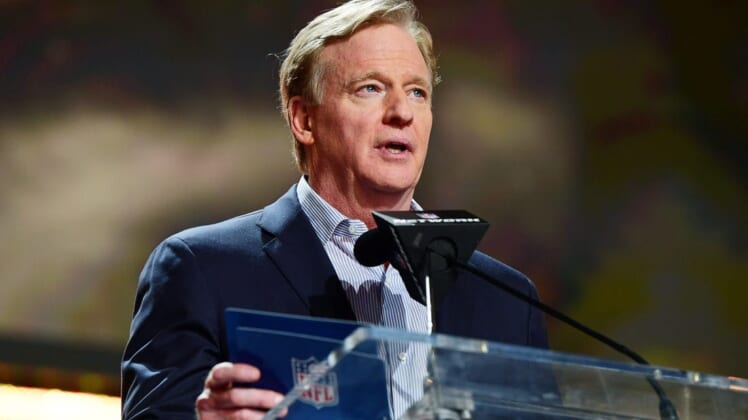 Quarterback coaches are now part of the NFL’s diversity in hiring practices known commonly as the “Rooney Rule” under a renewed push to expand opportunities for minority candidates in the league.

The NFL on Tuesday announced at its spring meetings the Rooney Rule addendum requires teams to interview at least one diverse candidate for the role.

It’s the latest expansion of the mandate – first adopted in 2003 – that first began with the head coach. In 2009 the Rooney Rule was amended to include general manager hires and other front-office positions.

In 2021, the league amended the rule again so that at least two minority candidates are interviewed for head coaching roles.

To kick off the meetings in Atlanta, the NFL asked more than 60 minority coaches, talent evaluators and administrators to take part in a diversity summit that included face time with team owners during a cocktail reception.

The NFL offseason coaching cycle was classified as “disappointing” by commissioner Roger Goodell. Application of the Rooney Rule has been called into question and is part of the basis of a lawsuit from Steelers assistant coach Brian Flores.

Flores was fired by the Miami Dolphins and filed suit against the NFL for racial discrimination in hiring practices.

As part of the action to address hiring practices and diversity, Goodell said Tuesday a new initiative targeting diversity of league and team medical personnel was launched in the offseason.