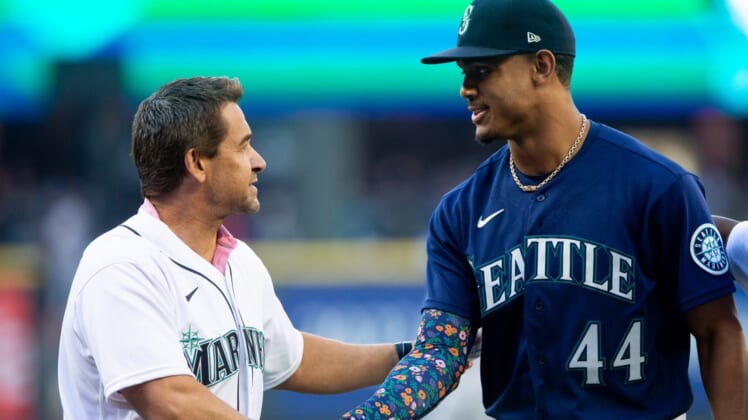 Rodriguez took part in pregame festivities prior to the home game against the Houston Astros, even catching the ceremonial first pitch.

The 21-year-old Rodriguez was runner-up in Monday’s Home Run Derby, losing to Juan Soto of the Washington Nationals. He played in the All-Star Game the following night and went 0-for-2.

Rodriguez has energized Seattle with his highlight-reel play. He leads the club with 52 RBIs and 21 stolen bases and is batting .275 with 16 homers.

The Mariners are aiming to match the franchise-record winning streak of 15 games. The mark was set in 2001.