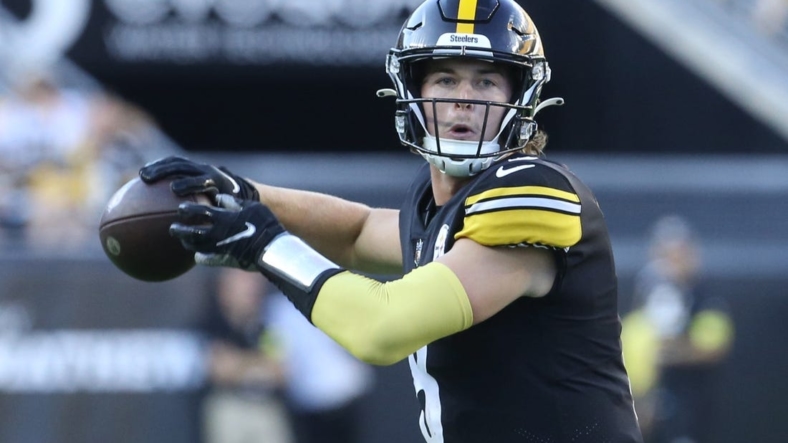 Rookie Kenny Pickett will open the season as the Pittsburgh Steelers’ backup quarterback, not Mason Rudolph.

The Steelers’ updated depth chart was released Tuesday ahead of Sunday’s Week 1 contest at Cincinnati.

“Mitch Trubisky is our starting quarterback and our captain. We’re just really comfortable with what Mitch brings us,” Tomlin said Tuesday. “He comes to us with franchise quarterback credentials. He took care of the football. All of our quarterbacks did. I’d be remiss if I didn’t say that. It’s good to make a decision based on what people are doing, not what they’re not doing.

Pickett, 24, was the 20th overall pick in the 2022 NFL Draft out of Pitt. He completed 29 of 36 passes for 261 yards, three touchdowns and no interceptions in the preseason.