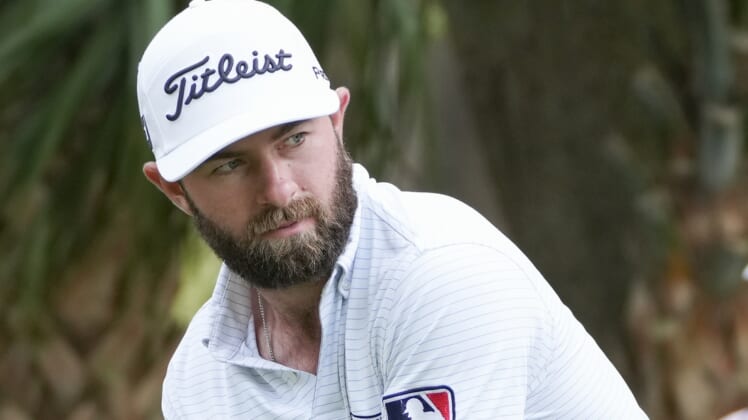 PGA Tour rookie Cameron Young carded a bogey-free, 8-under-par 63 to take a two-shot lead after one round of the RBC Heritage Thursday in Hilton Head, S.C.

Young piled up five birdies on the front nine, including three straight at the fifth through seventh holes, and added three on the back at Harbour Town Golf Links to get a leg up on the field.

Chilean Joaquin Niemann posted a 6-under 65 late in the afternoon to take sole possession of second place. Seven players were tied for third at 5-under 66: Patrick Cantlay, Shane Lowry of Ireland, Graeme McDowell of Northern Ireland, Mito Pereira of Chile, Sepp Straka of Austria and Canadians Corey Conners and Adam Svensson.

Thursday’s round wasn’t even a career low for Young, who posted a 62 during the Genesis Invitational in February. But it is his first time holding a lead after any round.

“You have good days and bad days, and rarely do you have four good ones in a row,” Young said. “I’m glad it came early, and I’m happy I kept myself around for the whole tournament. We have to start over tomorrow. It could be way windier tomorrow. Who knows?”

Young had not played at Harbour Town until this week.

“There’s some holes that are 480 (yards),” he said. “There’s a couple of long par-5s, but there’s also some holes where you have to pick a really smart shot off the tee. So I think it’s a fun mix of holes. You can’t get around there without thinking for sure.”

Niemann came to the tournament fresh off making the cut at the Masters, where he shot a first-round 69 despite playing in Tiger Woods’ group and having massive galleries trailing close behind.

After a birdie and two bogeys sunk him to 1 over through four holes, Niemann recorded seven more birdies while avoiding another bogey the rest of the day.

“It’s been feeling great, my game,” Niemann said. “It was tough at the Masters the last few days with the cold weather, with the wind. My swing started getting a little bit not where I want it to be. But, yeah, I think that’s what we work for. We’ve got to work to have our swing where we want it to, see the trajectories, how the ball is flying.”

Conners made a hole-in-one at the 187-yard par-3 seventh. He used a 7 iron and stopped watching his ball as it slowly rolled to the cup.

“Saw it land. Just kind of stopped watching it,” Conners said. “The hole wasn’t really in view. A bunch of people put their hands up around the green, so I figured it went in. That was a great shot, definitely one that I’ll be able to draw on for the rest of the week hopefully.”

Five of the seven golfers tied for third — Cantlay, Lowry, McDowell, Pereira and Svensson — stayed bogey-free with five birdies for their rounds.

In a large group tied for 10th at 4-under 67, notable names included Harold Varner III, England’s Tyrrell Hatton and defending champion Stewart Cink. The 48-year-old Cink, who made a hole-in-one last week at the Masters, holed out for an eagle 2 from the 10th fairway.