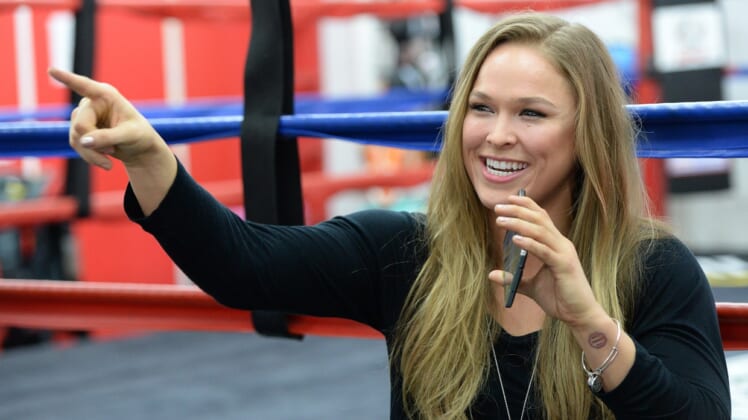 Former MMA star Ronda Rousey continues to branch out and pursue lucrative avenues of work in the entertainment industry. Her latest big-time gig was announced Thursday in Los Angeles, with Rousey being unveiled as the new voice of Sonya Blade in the upcoming video game title “Mortal Kombat 11.”

“I’ve been a lifelong Mortal Kombat fan, and Sonya Blade was the first kick-a**, female video game character that I related to,” she said in a video shared by IGN. “Now I get to voice her in Mortal Kombat 11. It’s a dream come true to be a part of the Mortal Kombat franchise that I grew up playing.

“I’ve always admired her and admittedly kind of emulated her in my own way, and now I get to try and be her.”

“Mortal Kombat 11” is slated to release on April 23, 2019. It will be available to gamers on the Microsoft Windows, Nintendo Switch, PlayStation 4 and Xbox One platforms.