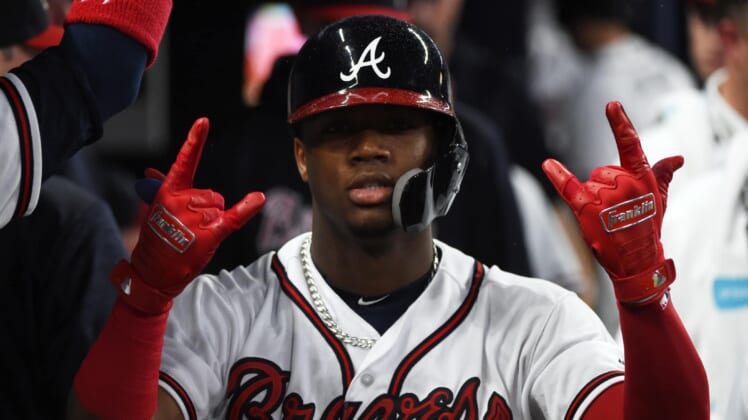 The Atlanta Braves took early leads in both games of a doubleheader against the Miami Marlins thanks to Ronald Acuna Jr., and he joined a unique club in the process.

Acuna became only the fourth player in Major League history to hit a leadoff home run in both contests, per MLB.com’s Mark Bowman.

In Game 1, the rookie outfielder took Pablo Lopez deep on a 3-1 count. Acuna smashed the ball to right-center field for his 16th homer of the season.

Acuna finished that outing 2-for-3 with two walks. He scored three times and drove in three runs, helping the Braves cruise past Miami 9-1.

Then in the nightcap, Acuna started the bottom of the first the same way. This time, he launched a bomb to left-center field off of Merandy Gonzalez.

This is the second game we're playing today.

That blast gave Acuna his 17th homer of the season. Additionally, it was his fourth as the leadoff man.

Acuna has absolutely been on a tear recently. In the last week alone, he’s smashed six balls out of the park — and even brought one back defensively.