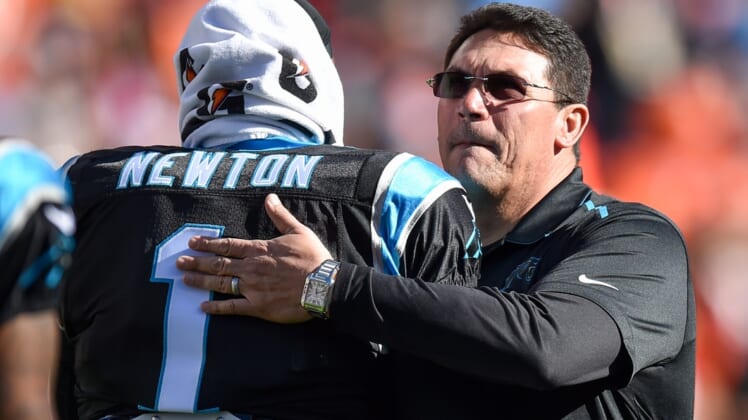 When the Carolina Panthers open the regular season against the San Francisco 49ers, Ron Rivera expects that quarterback Cam Newton will be ready to go.

“I think he’s ready,” Rivera said, via David Newton, ESPN. “You wish he’d had a few more snaps and played a little bit earlier in the preseason so we’d have more to go on. But what we saw, we liked. … We liked how everything seems to be meshing together as an offense. We’ll see how it goes as we continue to work this week.”

Newton’s time in the preseason was limited. He got into only one preseason game, and attempted only two passes.

The good news for Carolina is that while two passes is an incredibly limited sample size, Newton was effective. He completed both of his attempts for 21 yards with a touchdown.

In addition to the limited time in games, Newton’s training camp was abbreviated, as well. With the Panthers having a relatively late bye week (Week 11), keeping good track of Newton’s health will be an even greater priority than normal for Carolina.