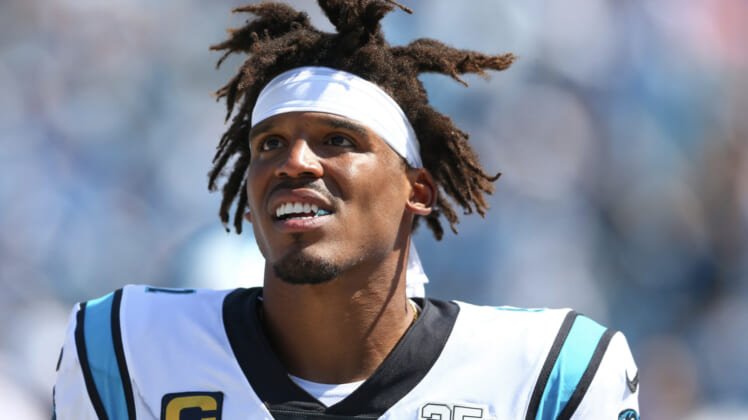 Carolina Panthers head coach Ron Rivera told reporters Monday that Cam Newton is still out of commission with his foot injury and that Kyle Allen will remain the team’s starting quarterback in Week 10.

Though Rivera didn’t delve into any more than that, this information confirms reports that Newton will be out at least a couple more weeks, if not the rest of the season. There is a chance he could end up on injured reserve this year, though surgery reportedly is not on the table to repair his Lisfranc injury.

Newton injured his foot in the team’s third preseason game — his only preseason action this past summer — and attempted to play through it. That didn’t work out well for him or the Panthers, who went 0-2 to open the season.

Allen did a fine job on Sunday helping the Panthers beat the Tennessee Titans. It was a nice rebound effort after Allen and the Panthers were utterly destroyed by the San Francisco 49ers in Week 8.

Through six starts this season, the former undrafted free agent out of Houston has gone 5-1, completing 60.7% of his passes for 1,557 yards with nine touchdowns and four interceptions.