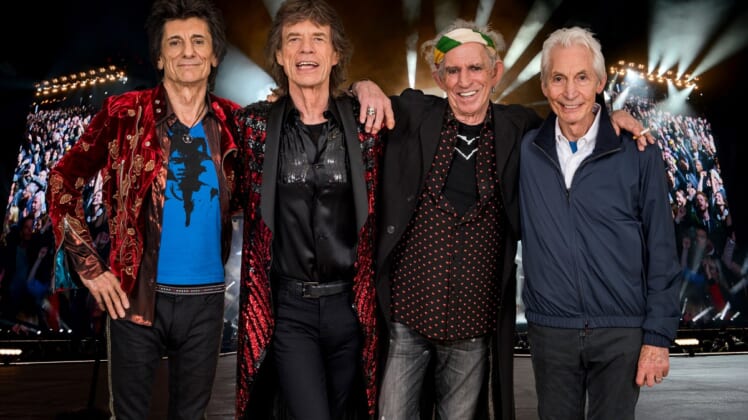 Mick Jagger and the boys are coming to Las Vegas on November 6th as the Rolling Stones will bring their aborted 2020 “No Filter” tour to Allegiant Stadium as part of three new dates added today.

The announced resumption of the suspended 2020 tour Thursday morning and Las Vegas – and its new Allegiant Stadium venue – was added.

I’m so excited to get back on the stage again,” said Mick Jagger in a statement released as part of the announcement, “and want to thank everyone for their patience. See you soon!”

Located just off the Las Vegas Strip, Allegiant Stadium is home to the Las Vegas Raiders and is expected to be a hot concert venue moving forward. Allegiant Stadium hosted its first concert on July 3rd as electronic music act Illenium, followed by the delayed and much-anticipated July 10th show from Garth Brooks. The Brooks concert, which was beset by fans who said the audio inside the stadium was not good, was played in front of a sold-out crowd of over 65,000 fans.

When the Nevada taxpayers, through the Nevada Legislature, approved the $850 million in funding – via a hotel tax – many non-football fans asked what the benefit of adding a stadium would have to the overall community and economy. A show like the Rolling Stones, and Garth Brooks, certainly will provide an answer to that question as music fans from around the world make their way to Las Vegas to see the band.

The Rolling Stones last album was 2005’s A Bigger Bang but fans are content to spend their hard-earned cash to reminisce with hits of the past from a band that got its start 59 years ago in 1962.