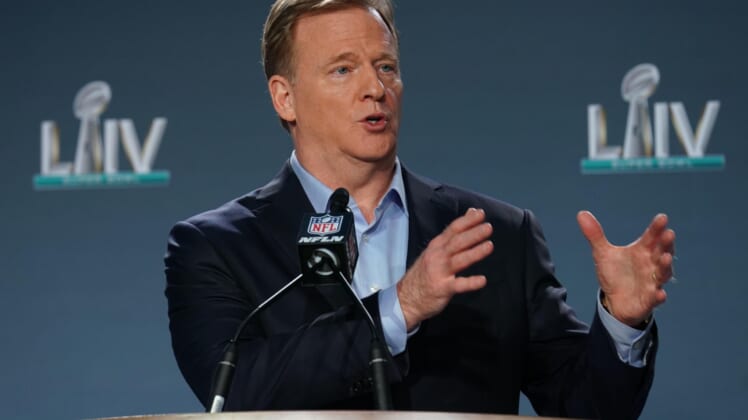 As the NFL continues its investigation into sexual misconduct allegations against Antonio Brown, commissioner Roger Goodell weighed in on the troubled receiver Wednesday.

During a press conference, Goodell turned the focus of the investigation of Brown into the league prioritizing his well-being and making sure to get him help.

Brown turned himself in to police after an arrest warrant was issued against him with charges of burglary and battery at his home. The 31-year-old receiver was granted bail, but a judge ordered Brown to undergo drug and alcohol testing.

He also recently directed a profanity-laced rant his ex-girlfriend and the cops outside his Florida home. Brown also recently lost the support of agent Drew Rosenhaus, who terminated his relationship with the star receiver following a string of issues.

The NFL will certainly consider Brown’s recent arrest into any potential discipline it imposes against him at the conclusion of its investigation. However, Goodell seems focused on the league giving Brown any potential support he needs to help Brown’s well-being.