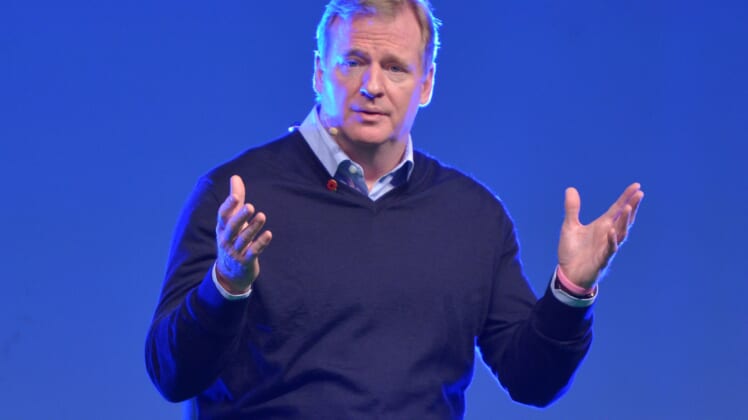 NFL Commissioner Roger Goodell is making his rounds throughout the Week 1 games. After attending the season opener at Gillette Stadium, Goodell will now head to Houston to attend the Texans and Jacksonville Jaguars game.

Goodell is going to be sitting with Texans owner Bob McNair in his owner’s suite, according to a report. McNair had this to say about Goodell being in attendance.

“He’s coming down because he’s well-aware of the Texans’ involvement in all of these support activities, relief activities,” McNair said, per John McClain of The Houston Chronicle, about the destruction from Hurricane Harvey. “He’s well-aware of what JJ’s (Watt) doing.”

J.J. Watt has currently raised well over $20 million in relief funds to aid the victims impacted by the devastation of Hurricane Harvey.

This game will be emotional for many fans and the players, and it could be one of the most-watched games of the week.