Roger Goodell: Plan is for NFL season to start on time 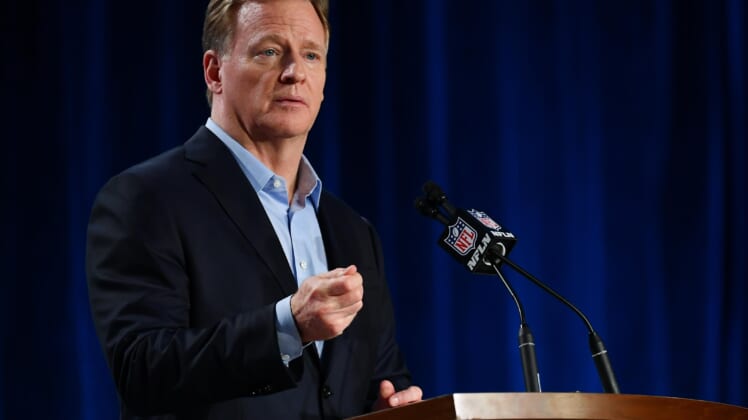 The NFL will provide a much-needed distraction from what is happening around the world over the next three days.

As the rest of the sports calendar is suspended due to the COVID-19 pandemic, the 2020 NFL Draft will go on as planned starting Thursday evening. It will be an all-virtual format and is expected to draw record television ratings.

The NFL is also planning on releasing its 2020 schedule at some point in May. With open questions about whether the season can start on time due to the current crisis, NFL Commissioner Roger Goodell had this to say Thursday afternoon.

There’s been a split regarding the possibility that the season can start on time. Multiple governors have indicated that it might not be possible given the widespread nature of the virus in the United States.

President Donald Trump has gone the other way, indicating he believes the season should in fact start on time.

The general consensus is that if the season were to start on time, it would be without fans in attendance. We fully expect the NFL to make contingencies in its schedule to potentially take that into account.

For now, the powers to be within the NFL seem hellbent on starting the season on time. It might be some light at the end of the tunnel as we attempt to gain some sense of normalcy.