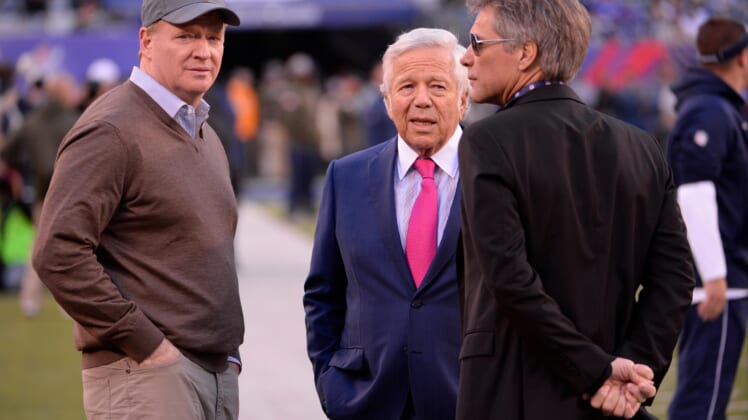 NFL commissioner Roger Goodell said on Wednesday that he won’t speculate on any potential discipline, and that the league will not resolve the Robert Kraft situation until the legal matter has concluded, per Ian Rapoport of NFL Network.

Kraft has been charged with two misdemeanors for allegedly soliciting a prostitute for sex acts at a Florida day spa. Through a spokesperson, he has said he is not guilty of the charges, and the matter has gone to trial.

Said trial has been postponed while prosecutors appeal a judge’s decision to block the use of what has been described as a damning video, which was ruled to have been obtained illegally.

Even if Kraft is cleared of any criminal wrongdoing, the NFL could discipline the New England Patriots owner. There have been whispers that the league could come down harder on Kraft just to prove a point. Yet the way the legal case has proceeded, perhaps that speculation was a bit premature.