Roger Federer hoping for one more run at Wimbledon 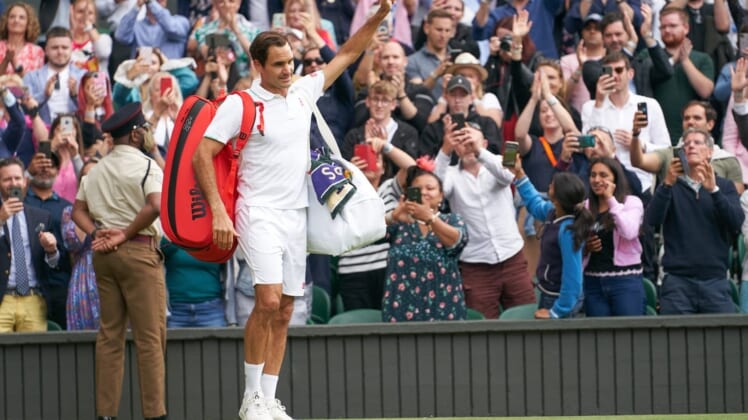 Sharply dressed in a dark suit, Roger Federer stepped out onto Centre Court at Wimbledon on Sunday as part of a 100-year celebration at the All England Club.

And in an on-court interview, the eight-time champion made it clear that the next time he walks on the London court, he wants to be wearing traditional tennis whites.

“I hope I can come back one more time,” he said.

He previously said he plans to team with Rafael Nadal at the Laver Cup in London, then play at the Swiss Indoors tournament in his native Switzerland this fall, with hopes of returning to the ATP Tour in 2023.

Federer said he’s more comfortable playing at Wimbledon than appearing in the ceremonial role he did on Sunday, where he was surrounded by past champions.

“I’ve been lucky enough to play a lot of matches on this court. It feels awkward to be here today in a different type of role,” he said. “It’s great to be here with all the other champions. This court has given me my biggest wins and my biggest losses.”

Among those taking part in Sunday’s ceremony was six-time winner Novak Djokovic. The No. 1 seed, he was set to meet Tim van Rijthoven of the Netherlands later Sunday in the Round of 16.