Rod Woodson: Key to Raiders Success in 2020 is Better Defense 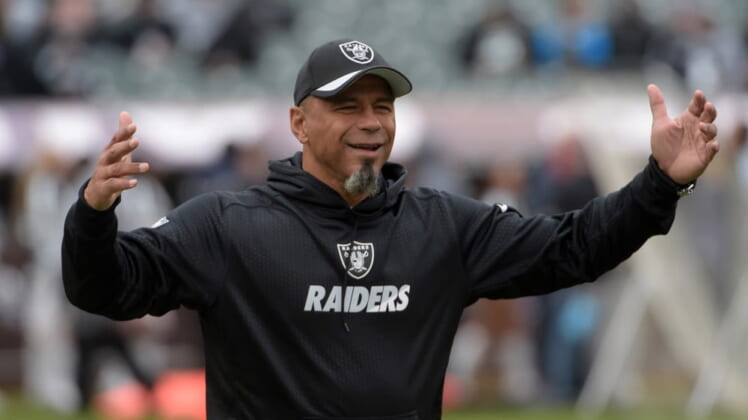 In an interview on ESPN Las Vegas’ Cofield and Co. radio show, the Hall of Famer and former Raiders defensive back has high praise for Derek Carr and says team needs big jump on defense to stop Kansas City and make a run at the playoffs.

The NFL may have become an offensive league, but according to Hall of Fame safety, and former Oakland Raiders player Rod Woodson, the key to the Las Vegas Raiders season in 2020 is fielding a much-improved defense.

“I think it’s gonna come down to how good their defense plays,” Woodson said. “I think the run-stopping attack for the defense played extremely well last year. And then the secondary, you know, the pass coverage, was very inconsistent and the pass rush goes along with pass coverage. So I think it all has to improve.”

Woodson, who also served as the Raiders defensive backs coach under former head coach Jack Del Rio, said the defense is key due to the Raiders interdivisional rival Chiefs and the game’s best player Patrick Mahomes and the need to stop him.

“Well, when you’re looking at the Chiefs man, you got to slow them down and that starts with the quarterback,” Woodson said. “He (Mahomes) has gotten better and better as the years have gone on so far in his young career, but he has a lot of weapons.”

I believe Derek (Carr) can get it done though, I think he has all the tools to. – Rod Woodson

When it comes to the Las Vegas Raiders offense, Woodson says he believes in Derek Carr and the supporting cast general manager Mike Mayock and coach Jon Gruden have put around the seventh-year quarterback.

“I believe Derek can get it done though, I think he has all the tools to,” Woodson said. “And if you look how he played, you know, the last half of this past year, he played extremely well I think it took him a while to get used to it (Gruden’s system).”

Woodson also said he believes many overlook just how athletic Carr can be and that he has all the skills and ability needed to be a top-tier NFL quarterback and lead the Raiders to to playoffs.

“He has to go back to that mindset before he got hurt…then he play like that and just throw the ball,” Woodson added “He is very athletic and, you know, I don’t think a lot of people know how athletic he is. He can run with the football, and he can make some unscheduled first downs with his feet when he wants to. I would like to see him do more of that when he’s in trouble and if not just throw the ball away.”

Woodson, who currently works for Westwood One as an NFL game analyst, says he picks Las Vegas to be one of the AFC’s Wild Card teams in 2020.