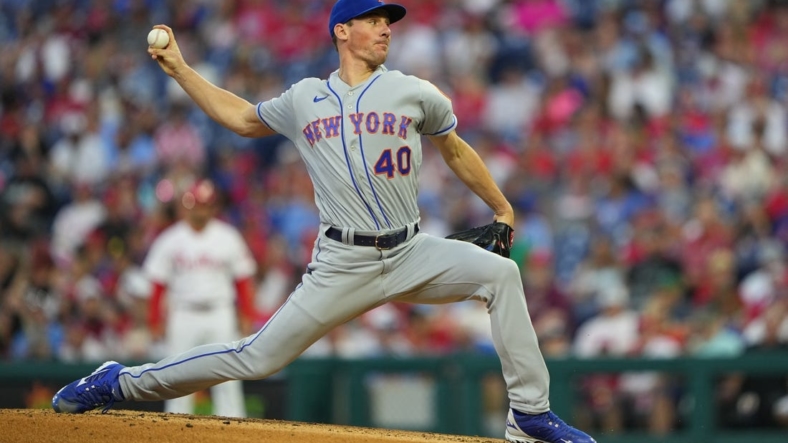 Manager Buck Showalter knows that the standings indicate his New York Mets should have an easy weekend.

He also knows facing the Colorado Rockies, a faraway foe playing out the string, can be as challenging as facing division opponents and regional rivals in the thick of the playoff race.

The Mets will look to ensure themselves at least a split of the series with the visiting Rockies on Friday night when the teams meet in the second game of a four-game set.

Pete Alonso slugged a two-run homer and Jacob deGrom struck out nine over six innings as the Mets beat the Rockies 3-1 on Thursday in the series opener.

The win was more of a nail-biter than the margin would suggest for the Mets, who were back home following a 4-6 road trip against the Atlanta Braves, Philadelphia Phillies and New York Yankees.

In addition, the Mets left nine runners on base, including two apiece in the second, fifth, sixth and seventh.

“One swing on both sides of it, where we could do something, maybe open it up, get a margin of error,” Showalter said. “They get one swing there and we’re behind. Sometimes these game have as much, if not more, pressure.”

“They’ve created great expectations by the way they’ve played,” Showalter said of his players, “and I’m proud of them.”

The scoreboard-watchers in Atlanta will be keeping an eye on Kuhl, who is returning from the injured list after missing three weeks with a right hip flexor strain.

Rockies manager Bud Black said there would be no restrictions on Kuhl, who threw five scoreless innings in a rehab start for Triple-A Albuquerque on Saturday.

“He threw 86 pitches in his rehab start, I think he’s good to go as far as pitch count,” Black said. “It’ll be all performance-based.”

Kuhl was in the midst of a slump when he landed on the IL. On Aug. 3, he took the loss after giving up nine runs and eight hits over five innings as the Rockies fell 9-1 to the San Diego Padres. He is 1-2 with a 10.17 ERA in six starts since tossing his first career shutout on June 27 against the Los Angeles Dodgers.

Bassitt is surging in the other direction after winning each of his past four starts — the longest streak of his career — while posting a 0.69 ERA over 26 innings. He allowed two runs on seven hits in six innings during his most recent outing as the Mets beat the Phillies 7-2 on Aug. 19.

Bassitt will be facing the Rockies for just the second time. He started against them on June 30, 2015, as a member of the Oakland Athletics and took the defeat after allowing one run over five innings in a 2-1 loss.