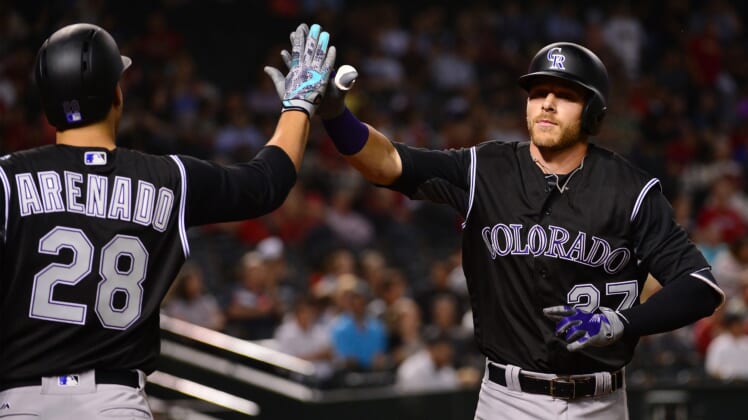 Trevor Story’s dream week continues. He already had the record for most consecutive games with a home run to start a career and now he’s added to it.

As impressive as this streak is, it’s getting close to being secondary. If Story homers in his next game, it will be time to shift our attention to Ken Griffey Jr.’s record of eight straight games with a home run regardless of when they came in the season or a career. With the home run Friday, Story is halfway there.

While that is obviously a difficult record to set or even approach, it is worth noting that after today, Colorado still has five more games in the hitter-friendly confines of Coors Field before they head out on the road again.

At the very least, Story is helping the Rockies forget about Troy Tulowitzki, who’s now on the Blue Jays, and Jose Reyes, who’s still serving a leave of absence.

While regression is (probably?) going to set in at some point, Story is giving the Rockies and their fans a strong glimpse into the future. Right now, it looks like their shortstop position is going to be rock solid for a long time.