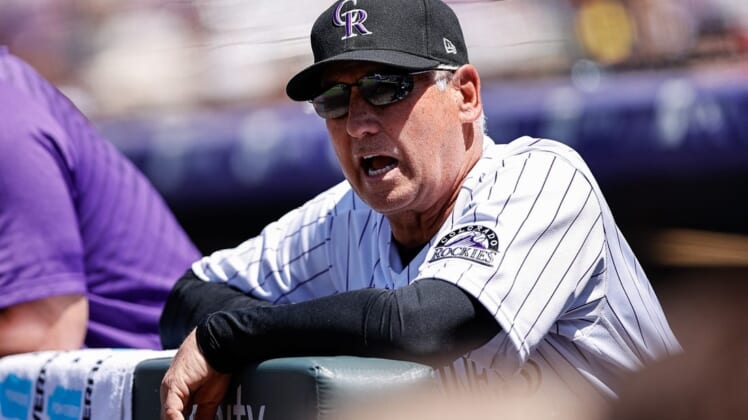 Feltner (1-1) allowed one run on four hits and struck out six in his third start of the season. Sam Hilliard added two hits for Colorado.

Sanchez gave the Marlins the lead in the second when he crushed an 84 mph slider deep into the third deck in right field for his fifth home run of the season.

The homer landed in the concourse above the third deck and went an estimated 496 feet, tying Mike Piazza for the second-longest home run in Coors Field history. Giancarlo Stanton’s 504-foot homer on Aug. 6, 2016, is the longest ever at Coors Field.

Lopez made the home run stand up through six innings, with some drama. Connor Joe tripled with one out in the sixth and C.J. Cron hit a shot into the seats in left that was ruled foul. The call stood after a review, and Cron popped out to center field.

After a walk, Randal Grichuk grounded out to third to end the inning.

Lopez, who walked four and struck out five but remained winless since May 7, was sharp early. Cron had a two-out single in the first and Hampson singled and moved to second on a wild pitch in the fifth, but that was all the offense against him.

Colorado cashed in against reliever Cole Sulser (0-2) in the seventh. Brendan Rodgers led off with a walk, Sam Hilliard and Hampson singled to load the bases and pinch hitter Yonathan Daza drove in all three with a double that chased Sulser.

Charlie Blackmon followed with a single against Steven Okert to bring home Daza.

Hampson had a two-run triple in the eighth and scored on Daza’s sacrifice fly.