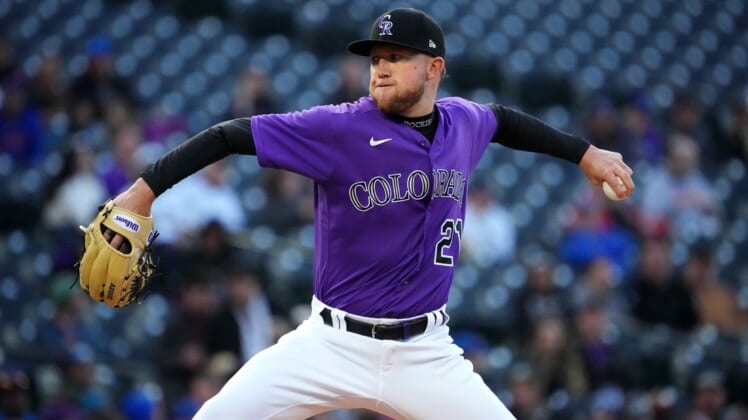 The deal begins this season and covers two arbitration years and three years of free agency. Multiple outlets reported the total value of the deal.

“We have been in talks with Kyle for a long time and are glad to finalize this deal that secures his future in Denver,” Rockies general manager Bill Schmidt said in a statement. “Kyle has been a steady part of this rotation since his debut and we are excited to have him in a Rockies uniform for at least the next five seasons.”

A player option for a sixth year worth $17 million kicks in if Freeland pitches 170 innings in 2025, MLB Network reported.

Freeland is the second Rockies starter to ink a long-term contract extension in recent months; Antonio Senzatela signed a five-year, $50.5 million deal last October. The Rockies also have German Marquez under contract through the 2024 season.