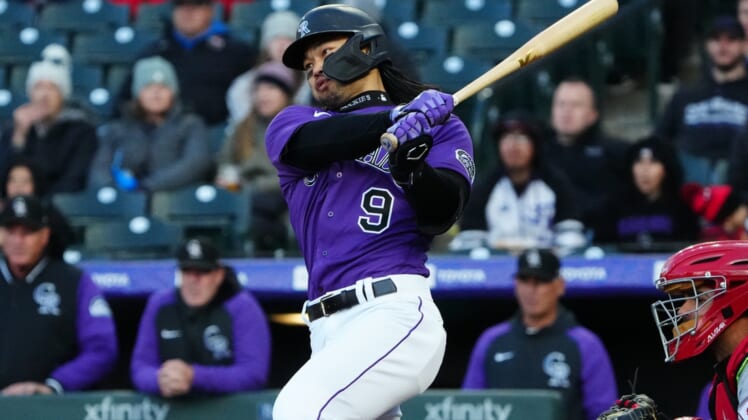 Ryan McMahon blasted a three-run homer and Antonio Senzatela allowed just one run in 6 1/3 innings to power Colorado to a 10-4 victory over the visiting Cincinnati Reds on Friday in Denver.

McMahon went 1-for-4 with a walk while Senzatela (2-1) allowed the one earned run on seven hits with two walks and a strikeout.

The Rockies ended a four-game losing streak, while the Reds lost for the 17th time in their first 20 games.

After Elias Diaz homered to right-center to give the Rockies a 1-0 lead in the second, the Reds pulled even two innings later when Tommy Pham scored on Kyle Farmer’s sacrifice fly to right.

The Rockies broke the game open in their next at-bat, knocking rookie right-hander Hunter Greene out of the game in the process.

After Charlie Blackmon led off with a double to center, Randal Grichuk struck out before C.J. Cron singled to center, moving Blackmon to third.

After walking Diaz, Greene was relieved by Alexis Diaz, who got out of the inning without further damage.

Greene (1-3) allowed four runs on six hits with six strikeouts and four walks in 4 1/3 innings, losing for the third time in his last three starts.

The Rockies extended the lead to 5-1 in the sixth when Blackmon scored on Cron’s single to left.

Colorado pushed the lead to 9-1 in the seventh on run-scoring doubles by Jose Iglesias, Alan Trejo and Connor Joe, followed by Grichuk’s run-scoring single, which all came off Reds reliever Phillip Diehl.

The Rockies extended their lead to 10-1 in eighth on Yonathan Daza’s run-scoring single before the Reds scored three times in their final at-bat on singles by Tyler Naquin and Pham.

Cron went 2-for-2 with a run, an RBI and three walks. Diaz, Grichuk, Iglesias and Joe also each had two hits for the Rockies, who saw every hitter besides Hilliard, who went 0-for-3 with two walks, record at least one hit.

Pham went 4-for-5 with two RBIs and a run scored, while Jonathan India had a three-hit game for the Reds.