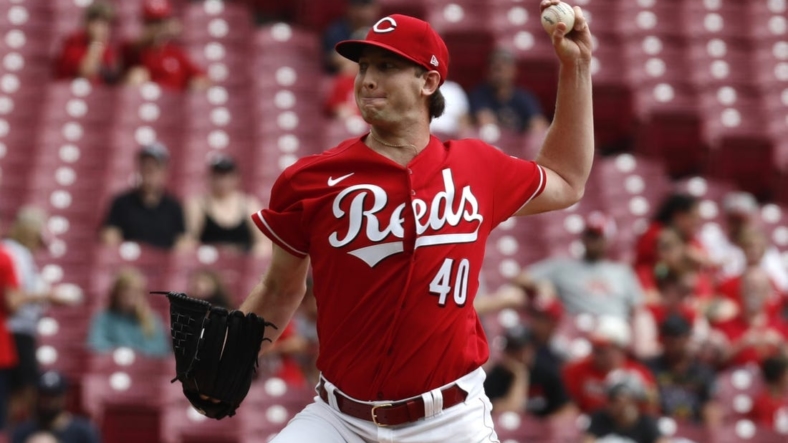 Pinch-hitter Charlie Blackmon delivered a tie-breaking two-run single as part of a four-run, seventh inning Sunday to help rally the visiting Colorado Rockies past the Cincinnati Reds 8-4 in the first game of a doubleheader.

C.J. Cron belted an insurance two-run homer in the ninth, his team-leading 25th, to give the Rockies their third win in nine tries on a 10-game road trip that concludes with the second game of the doubleheader.

Colorado starter German Marquez (8-10) breezed through the first three innings, allowing only a one-out walk to India in the first. But Marquez eliminated the runner thanks to a 4-6-3 double play off the bat of Kyle Farmer.

The Reds’ TJ Friedl opened the fourth inning by hitting an 0-1 pitch over the wall in right field for 1-0 lead.

With one out in the sixth, Friedl pulled a Marquez pitch down the right-field line for his second home run of the game and fifth of the season for a 2-0 Reds lead.

Marquez was lifted after seven innings, giving up two runs on three hits with three walks and four strikeouts.

Reds right-hander Joel Kuhnel (2-3) hit Cron with the first pitch he threw in the seventh inning then allowed back-to-back singles to load the bases. Kuhnel walked rookie Sean Bouchard to force in a run.

Buck Farmer entered for Cincinnati and struck out Garrett Hampson. But a wild pitch with Blackmon at the plate scored Elehuris Montero to tie the game 2-all. Blackmon then singled down the right field line to score a pair of runs and put the Rockies ahead 4-2.

The Rockies’ Michael Toglia added a bloop double down the right field line off reliever Fernando Cruz in the eighth for a 5-2 lead.