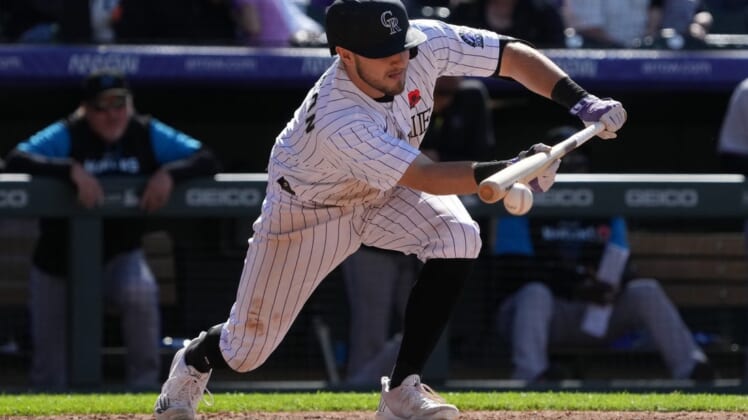 In a corresponding move, the Rockies selected the contract of infielder/outfielder Sean Bouchard from Triple-A Albuquerque.

Hampson, 27, is batting .236 with two home runs and nine RBIs in 29 games this season. Hampson has played all over the diamond, appearing in 11 games at shortstop, eight in center field, five at second base and three at third base.

Bouchard, 26, is batting .338 with 11 homers and an OPS of 1.113 at Albuquerque. His first appearance in a Rockies game would be his major league debut. He was drafted in the ninth round of the 2017 draft by Colorado.