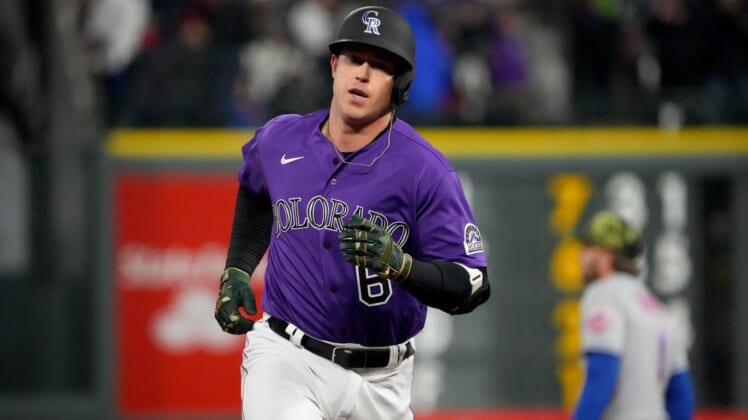 Brian Serven hit two home runs and the host Colorado Rockies scored seven runs in the sixth inning to beat the New York Mets 11-3 in the second game of a doubleheader on Saturday night in Denver.

Serven’s two homers were the first two hits of his major league career. He had four RBIs.

Connor Joe had three hits, Randal Grichuk added two, and C.J. Cron also homered for the Rockies. Ashton Goudeau (1-0) tossed 2 2/3 innings of relief for the Rockies, who earned a split of the doubleheader.

The Mets got a two-run homer in the first inning of the opener of the doubleheader, but it was Colorado’s turn to jump in front in the nightcap.

Joe led off the bottom of the first with a single. After Charlie Blackmon grounded into a forceout, Cron blasted his 11th homer to center field to give the Rockies a 2-0 lead.

New York responded in the top of the second.

Eduardo Escobar earned a one-out walk off starter Ty Blach, and Davis and Tomas Nido singled to cut the deficit to 2-1. Davis, who went to third on Nido’s single, scored on a sacrifice fly by Nimmo to tie it.

Mets starter Trevor Williams hit Brendan Rodgers to lead off the bottom of the second. Two outs later, Serven got his first major league hit and home run with a shot to left to put the Rockies back in front, 4-2.

The Mets got within 4-3 in the sixth when Mark Canha walked, went to second on a wild pitch and scored on a single by Davis.

Colorado blew it open in its half of the sixth. Sam Hilliard knocked in the first run with a double, moved to third on Garrett Hampson’s single and scored on an errant pickoff throw.