Rockets have yet to discuss coaching candidates with James Harden 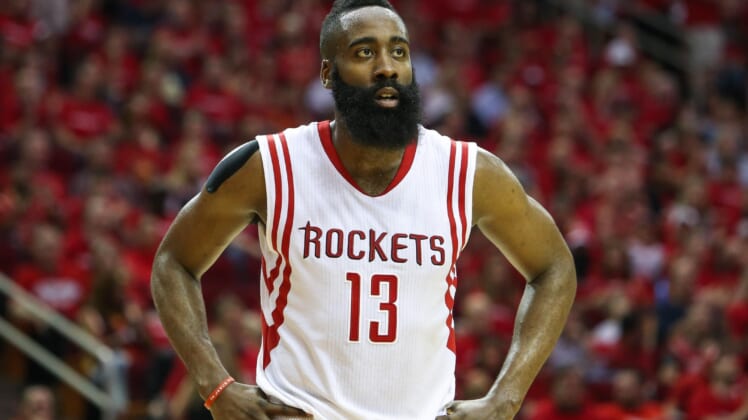 The Houston Rockets had in the past indicated that they would talk to star guard James Harden about their coaching search and upcoming plans in free agency this summer.

As the face of the franchise, it makes perfect sense that Houston would want to get Harden’s opinion.

Despite all the coaches that Houston is considering, some of which they have already interviewed, it appears that the organization has not talked to Harden about any of the candidates.

“The Houston Rockets, who are in the middle of a coaching search, have yet to present any of the candidates to star guard James Harden according to a source,” ESPN’s Calvin Watkins reported on Monday. “Rockets owner Leslie Alexander said they would talk to Harden during the coaching search and free agency process. It appears in the early stages the organization has yet to talk to Harden. But there’s a feeling they will at some point before a final decision is made. The Rockets have spoken to at least seven candidates about the coaching job.”

With Dwight Howard expected to opt out and choose another city to call home during the summer, there’s little doubt that Houston is intent on continuing to build its team around Harden.

Any issue as it relates to the organization not asking for Harden’s opinion on the next coach could create internal problems in Houston.

In reality, Harden is going to want someone to utilize his skill-set to the best of its ability, something he didn’t see under Kevin McHale or J.B. Bickerstaff during an incredibly disappointing 2015-16 campaign for the Rockets.

The Rockets interviewed former Cleveland Cavaliers head coach David Blatt on Monday and are expected to meet with Kenny Smith later in the week. In addition to those two big names, the Rockets have been linked to Sam Cassell and Mike D’Antoni.

Whoever ends up manning the bench in Houston will have to work with the enigmatic Harden if the Rockets are going to rebound from a premature first-round playoff exit this past season.