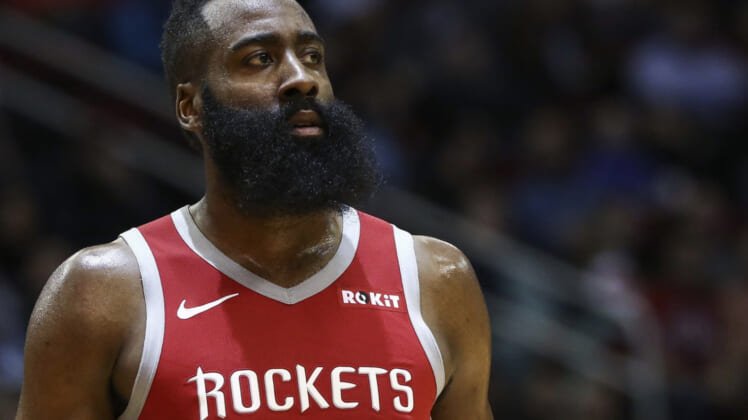 It was already readily apparent following their Western Conference Semifinals loss to the Golden State Warriors that there would be some dramatic changes in store for the Houston Rockets this summer.

ESPN’s Adrian Wojnarowski added to that big time on Wednesday with a report suggesting that every single player on the Rockets’ roster is available in a trade.

“Houston Rockets general manager Daryl Morey has made his entire roster and future draft picks available in trade talks, a dramatic initiative with hopes of reshaping the team into a championship contender, league sources told ESPN,” the insider reported.

While Woj did note that the possibility of trading reigning NBA MVP James Harden “is believed to be extremely limited,” it got us thinking.

What if Houston did the unbelievable and actually traded Harden? What might a blockbuster deal of this magnitude look like?

We check in on the possibilities below.

Philadelphia 76ers: Pieces are in place for a huge deal.

Washington Wizards: It could happen.

It remains highly unlikely that Houston moves James Harden. Instead, we firmly believe the likes of Chris Paul, Clint Capela and Eric Gordon are on the block.

That doesn’t mean a shocking trade won’t be pulled off. Even with Durant sidelined, Houston lost Game 6 at home against the Warriors. Does general manager Daryl Morey believe these Rockets can contend moving forward? We’re not too sure.

The idea behind trading Harden would be to blow this whole thing up and starting anew. These four hypothetical trade scenarios enables Houston to do just that.