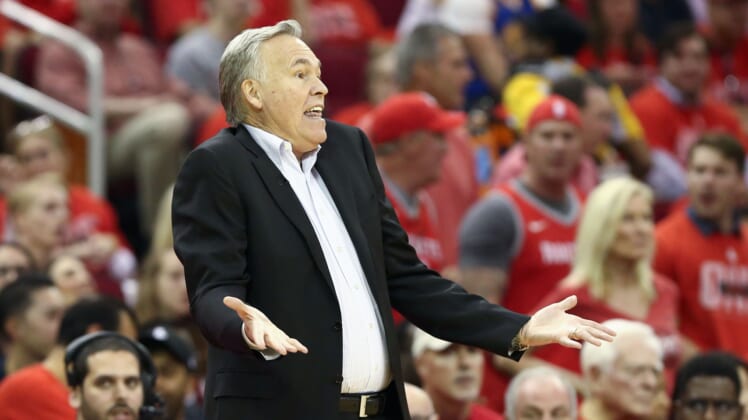 It appeared that Houston Rockets head coach Mike D’Antoni was going to be extended here soon. At the very least, these are the reports we’ve read over the past several days.

Apparently, that’s no longer the case. According to ESPN’s Adrian Wojnarowski, the head coach has ended extension talks with the Rockets’ front office.

This could have some wide-ranging ramifications for the Rockets as they prepare for the summer. It was noted earlier this week that general manager Daryl Morey has put every single member of the roster on the trade block following a conference semifinals loss to the Golden State Warriors. Owner Tilman Fertitta also had an ominous warning for the franchise, D’Antoni included.

What exactly does this mean?

Stay tuned. Things are nowhere near coming to a culmination in Houston. It’s going to be a crazy next several days.