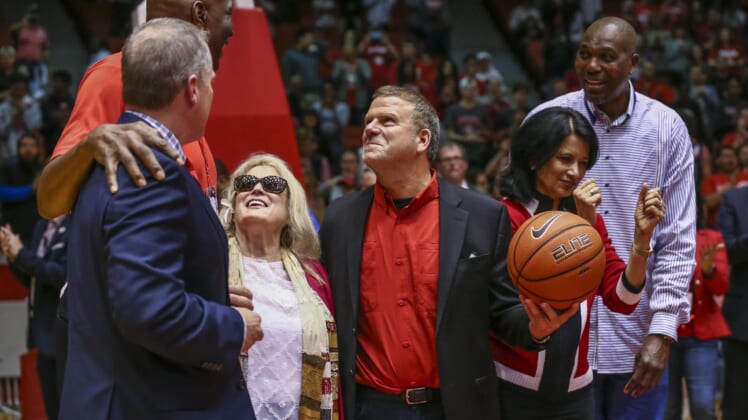 The NBA has been keeping an open line of communication between itself and players with the 2019-20 being suspended due to the ongoing pandemic.

It’s not yet known when (or if) the season will return. Though, those around the Association are more optimistic that it will eventually continue in some form. A decision is expected within 2-4 weeks.

According to Rockets owner Tilman Fertitta, it’s ultimately up to the players whether the season will resume.

“It’s really up to the players, and if they want to play, gosh, I want to watch them play,” said Fertitta, via ABC 13 in Houston. “But if they don’t want to play because they’re worried about their safety, I’m fine with it. It’s totally up to my players. The distraction of sports: that’s that part of our psyche, and sports is religion. And, you know, we feel like we have a really good team this year and we’re excited to play.”

Houston entered the suspended portion of the 2019-20 season with a 40-24 record and as the sixth seed in the Western Conference. It’s one of two dozen or so teams with an added incentive to resume the season.

This all comes with star players seemingly backing the idea of restarting the season. The latest plan is for the NBA to return to action in “bubble cities” at Walt Disney World in Florida and the Las Vegas Strip in Nevada.

Time will tell on that front. However, Fertitta is right in that it’s ultimately up to the players.