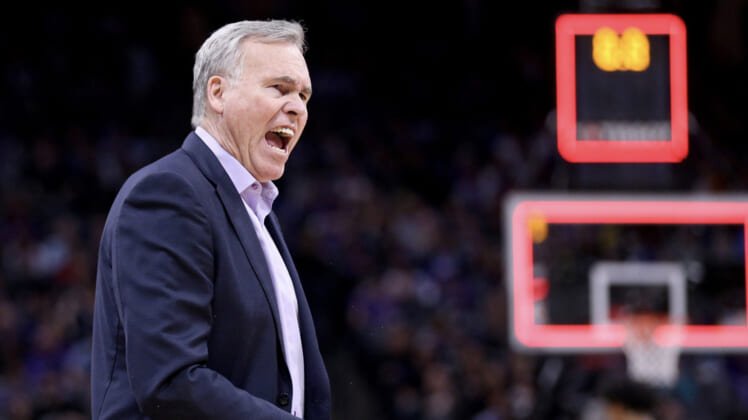 Following yet another tremendous regular season, Houston Rockets head coach Mike D’Antoni is currently in extension negotiations with the team.

D’Antoni made that announcement just recently, indicating that he’d also like to coach 2-3 more years.

“We’ve been in contract discussions, and we still are about the extension,” the head coach said, via Mark Berman of Fox 26 in Houston. “I think I can go two or three more years at the level I want to be at and everything will play out in the near future.”

D’Antoni has led the Rockets to a 173-73 record in three seasons as their head coach. They are coming off a disappointing Western Conference Semifinals loss to the Golden State Warriors after winning 53 regular-season games.

There’s also some drama behind the scenes between Chris Paul and James Harden. Whether that leads to a roster overhaul this offseason remains to be seen. But D’Antoni will be around for whatever happens.