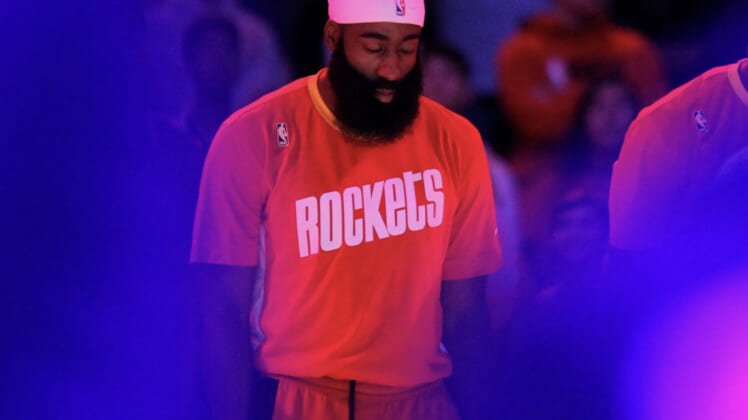 It’s a near nightly theme for NBA MVP favorite James Harden and his Houston Rockets. The Beard doing stuff we have not seen in the NBA in generations.

That was no different against the Philadelphia 76ers Friday night. Harden scored 44 points, grabbed 11 rebounds and dished out 11 assists (one of his best included) in yet another virtuoso performance.

This included daggers late in the game as Houston put up a statement 118-108 win.

It also led to Harden passing teammate Russell Westbrook for the second-most 40-point triple-doubles in NBA history with 14. He sits behind the great Oscar Robertson (24) on the all-time list.

There’s certainly some perspective here. The Big O was the last player to average a triple-double (1961-62) before Westbrook accomplished said feat three consecutive years from 2016-18 to 2018-19.

A total of 28 players have put up 40-point triple-doubles in their careers. Prior to Harden, Mavericks sensation Luka Doncic joined LeBron James in an exclusive club within that list.

What makes this even more amazing is that Robertson, Harden and Westbrook have now accounted for almost as many 40-point triple doubles (51) than every other player in NBA history combined (53).