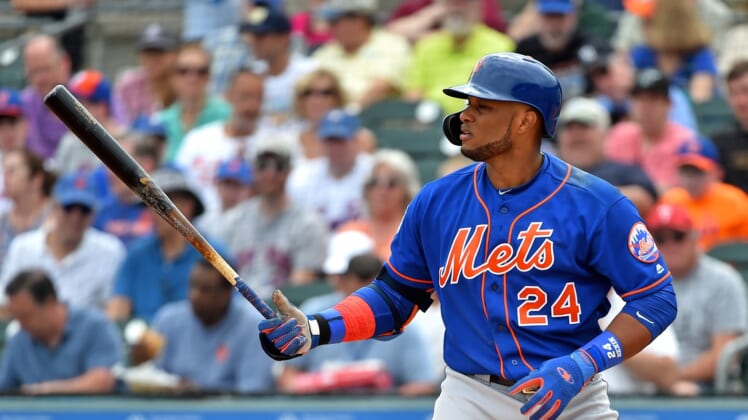 The New York Mets have placed Robinson Cano on the injured list after he suffered a left hamstring strain on Sunday, per Anthony DiComo of MLB.com. In a corresponding roster move, the mets called up Luis Guillorme from Triple-A Syracuse.

During Sunday’s game against the Pittsburgh Pirates, Cano limped off the field after tweaking his hammy while rounding first base during the fourth inning.

It’s been a rough season for Cano in his first year playing for the Mets.

Since being acquired in a trade with Seattle, the 36-year-old has dealt with various injuries, missing nearly a month of action with a quad injury.

When healthy, he hasn’t been particularly potent at the plate outside of a few outbursts, batting .252 with 10 home runs and 32 RBI.