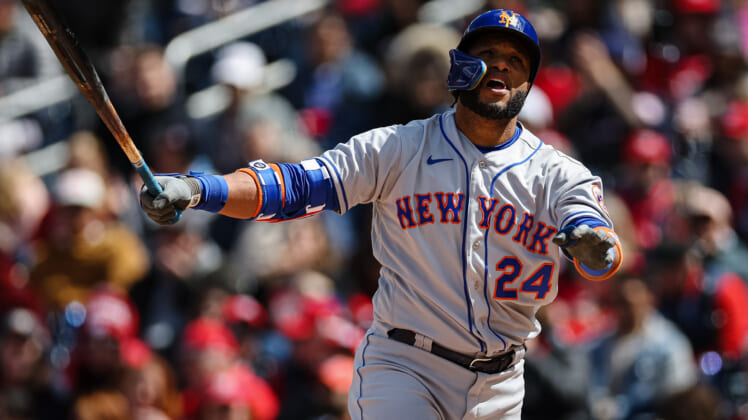 The New York Mets designated veteran second baseman Robinson Cano for assignment on Monday morning. This move comes with New York having a handful of younger and more productive infielders and ends a tumultuous four-year run for Cano and the Mets (offensive inconsistency, a 162-game PED suspension and a rough start to 2022).

Despite Cano likely approaching the end of his MLB career, the 39-year-old still brings some positives to the table. He’s a respectable defensive second baseman who has some pop from the left side.

Here are three ideal free agent destinations for Cano, who has two years remaining on his 10-year, $240 million contract.

Outside of Orlando Arcia, the Braves don’t have a proven starting infielder on their bench. Cano serves as the team’s backup second baseman and starter if Albies gets a day off or lands on the injured list. The former also has some reps at first base under his belt — albeit it was four years ago.

With the universal designated hitter in play, the Braves can DH Cano every once in a while. The early returns on the 2022 season indicate that the Braves, who are off to a slow 10-13 start, have competition in the National League East from the Mets. Swiping Cano from their divisional rival gives the Braves more offensive ammunition and a starting-caliber player.

All that said, Atlanta may prefer to leave the door open for an infield prospect like Braden Shewmake to be part of the team’s rotation later in the season.

The team and core that seems to have captivated the enthusiasm of every non-American League East fan base, the Blue Jays, are still looking for its first playoff series victory of this era. In other words, the Blue Jays should be on the lookout to improve their roster across the board. Cano would be a plausible pickup.

Despite the appeal of the Blue Jays’ infield, it’s off to a lacking start at the plate. Cano doesn’t threaten to overtake Santiago Espinal or Bo Bichette at the middle infield positions, but he pushes the pair of young infielders and provides impactful depth.

When Matt Chapman gets a day off, Espinal can bounce out to the hot corner — a position he’s accustomed to playing. Cano would play second in this scenario. Manager Charlie Montoyo’s offense is a right-handed-heavy unit. Cano gives them some offensive variety in that regard.

The factor that could stop the Blue Jays from signing Cano, though, is them believing that a healthy Cavan Biggio can still be an everyday player.

The White Sox are off to a slow start, which is due to a combination of injuries and individual struggles. A team with World Series aspirations, Chicago shouldn’t be leaving anything to chance. Taking a flier on Cano makes sense.

Chicago is struggling to get production out of second base, as Leury Garcia and Josh Harrison are each hitting below .200 and Danny Mendick was recently optioned. Meanwhile, second baseman-turned third baseman Yoan Moncada is yet to play this season due to an oblique injury. Cano could be a day-one starter for manager Tony La Russa.

For starters, both Garcia and Harrison aren’t pigeonholed to second because they can play multiple positions. Cano assumes second while the other two veterans play elsewhere and/or serve as utility players.

The White Sox need a spark. Maybe a change of scenery and consistent reps on a contender helps Cano get his mojo back at the plate? Worst-case scenario, Cano struggles to hit his weight and the White Sox release him when they get healthy down the road. This is a potential no-risk, high-reward move.