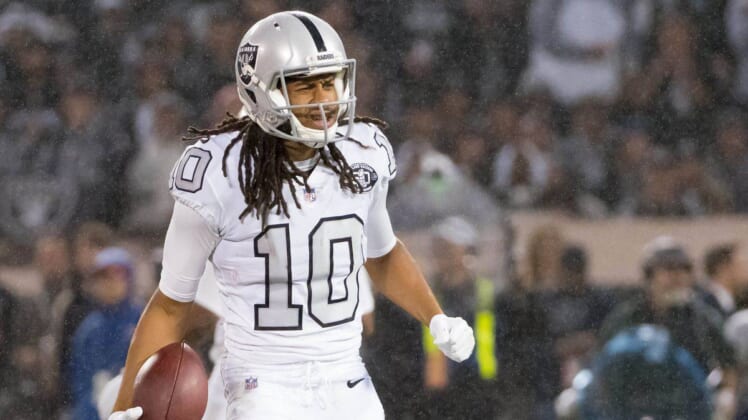 Wide receiver showed promise, made big plays, but never materialized as a go-to starter in Oakland.

A day that fans and prognosticators predicted would happen over and over again over the past two seasons finally became a reality today as the Raiders parted ways with wide receiver Seth Roberts.

Roberts was scheduled to make $4.65 million this coming season, but none of that was guaranteed.

Roberts was regarded as a hard-working player and he was able to parlay that into shining moments on the field. The underrated free agent signed with the Raiders in 2015. 2018 was his best season as he finished with 45 receptions for 494 yards and two touchdowns. During his tenure with the Raiders, Roberts finished with 158 catches and 13 touchdowns.

Roberts became expendable after the team signed former Colts and Redskins wide receiver Ryan Grant on Wednesday. Grant, who is the favorite to take the wide receiver #3 spot, played for Jon Gruden’s brother Jay. Once Grant signed, the writing was on the wall for Roberts.

With the release of Roberts, the Raiders are now $30 million under the salary cap for 2019,