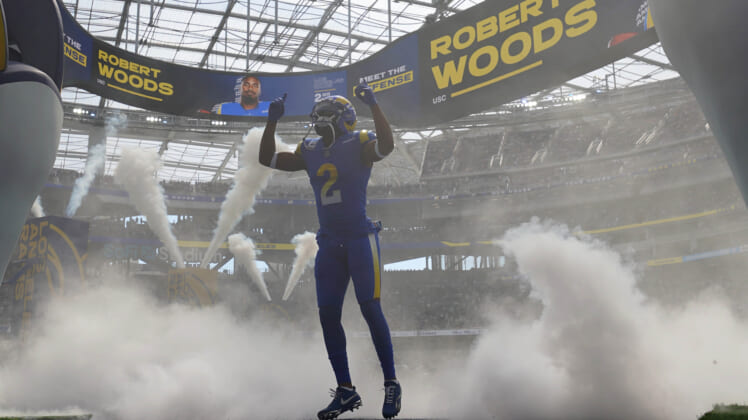 Once the Los Angeles Rams added Allen Robinson on a three-year, $46 million contract in free agency, it meant one of the existing receivers on the team was likely headed out via trade. Then, to no surprise, the rumors sprung up of Robert Woods being the odd man out. That transaction has now taken place, with the Tennessee Titans landing the 29-year old receiver via trade.

Tennessee Titans get a bargain with Robert Woods

Fresh off releasing Julio Jones after one injury-riddled unproductive season in Nashville, the Titans have rebounded by buying low on another accomplished receiving threat. In the trade, the Titans are reportedly parting with a 2023 sixth-round pick, receiving Robert Woods in return.

Across his nine-year career in Buffalo and L.A., Woods has compiled two 1,000-yard seasons, coming in 2018 and 2019. While he may not get back to those standards in Tennessee under a run-heavy approach led by Derrick Henry, Woods should be able to replace Jones in the starting lineup opposite Corey Davis.

Under contract through the 2025 season, Woods will count $13.5 million against the cap for the Titans in 2022.

Woods, who tore his ACL during the 2021 season and had to miss the Super Bowl, should be healthy by training camp. It was his injury suffered in Week 9 that prompted the Rams to sign Odell Beckham Jr.

Now, the Rams could look to bring back OBJ as he is once again a free agent. Although he will not be ready by training camp after also tearing his ACL, though much later, with his injury occurring in the Super Bowl back in February.

Either way, now that they’ve cleared another spot in their receiver room, along with some cap space that can go toward paying Matthew Stafford and Aaron Donald once he signs his new deal as well.